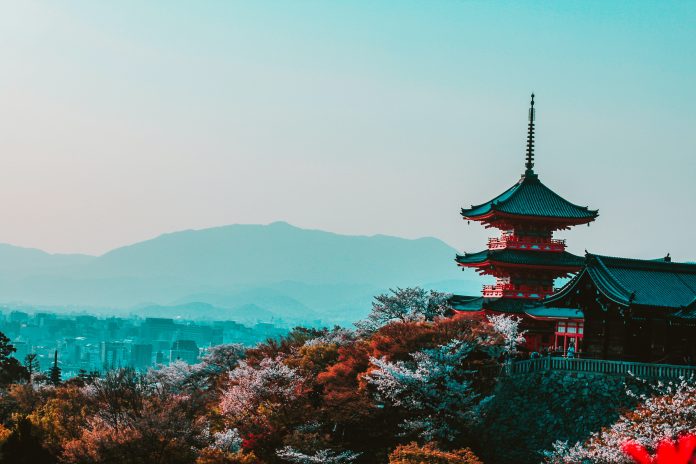 India is as huge as it is beautiful, particularly with all of the famous temples strewn across the country.It’s a country deeply embedded in serene places to see, from mountainous terrain to distant forests to thriving streets.

Even better, it contains some of India’s best and most famous temples, which you must see during your visit.If you’re anything like us, you’ll want to immerse yourself in the local culture and history of the places you visit, and a trip to India provides plenty of opportunities to do so.These architectural mysteries, which rise thousands of feet into the sky, are few of the country’s most holy places.

India is home to many of the loveliest, diverse, and well-known temples.

India, the land of mystics and legends, provides a spiritual journey for those seeking the divine, magical, and devout backstreets of the country.

India is a wonderful place for those who want to study and understand its soul. It is a land of various religions, dialects, beliefs, and ethnicities.

Temples have been vital to Indian society for millennia and wield enormous power.

Unrivaled in their inventive splendour, these famous Indian temples have endured as majestic works of art and engineering, giving birth to a variety of architectural styles that have evolved over centuries.

Temples provide enigmatic comfort and serenity to every troubled soul, from the Swami Ayyappa Temple in Sabarimala to Char Dhaam and the Sun Temple of India.

Thousands of people from all over the world flock to these sacred sites in India, some with prayers in their hearts, appreciation on their lips, and tears in their eyes.

India, one of the world’s oldest civilizations, is a land of rich history, countless religious beliefs, traditions, and legends. India is proud of its rich cultural and religious history, as it is the birthplace of Hinduism, Jainism, Buddhism, and Sikhism. India is a country where people of various religious beliefs coexist in peace and harmony. Hinduism, unlike other religions, does not have a founder and is instead a religious fusion. Various ancient manuscripts and scholars describe religion as a traditional way of life, a religion without a beginning or an end.

Hindus refer to the Temples on Earth as “Mandir.” There are majestic temples in almost every part of the country. During ancient times, Indian rulers would commission artists and sculptors to create exceptional arts in the form of temples during their reign. We will take you to some of the country’s most famous  temples.

Lord Badrinath’s residence is located in the Uttarakhand district of Chamoli, near the Alaknanda River. This shrine of Lord Vishnu belongs to one of the Hindu religions of Char Dhams. It is among the four sites to visit Chota Char Dham (smaller sites per trip).

Sun Temple is located in Konark, a small town in the Odisha region of Puri. This architectural miracle is dedicated to Surya, the Indian God of the Sun. The temple was built in the shape of his chariot, drawn by seven horses.

Narasimha deva, 13th-century king, built the temple. According to ancient history, Lord Krishna cursed one of his sons with leprosy. Samba, his son, served Surya for twelve years with a view to remorse.

Planning to do a trek? Book the amazing kedarkantha trek at the best price!

Surya healed him because he was touched by her devotion. Expressing his gratitude, Samba built the Temple of the Sun. Rabindranath Tagore summarizes the most spectacular scenery:

The Brihadesswara temple is one of the largest temples in South and India located in Thanjavur, Tamil Nadu. The temple, also known as Peruvudaiyar Kovil and Raja Rajeswaram, was built by Chola emperor Raja Chola I. The Cholas are known for their love of art.

The splendor and craftsmanship of Cholas are evident in the construction of a beautiful and magnificent temple. It is made entirely of granite stones, built according to the principles of Vaastu Shastra.

According to legend, the Indian Moon God, Soma was cursed by his father-in-law to lose his glory. It was Lord Shiva who healed his illness and then Soma built this temple to show gratitude. It is one of the most revered ‘jyotirlinga’ among the 12 Indian jyotirlingas.

The temple is located at Prabhas Kshetra in Saurashtra (Gujarat). Prabhas Kshetra is where it is believed that Lord Krishna has left his mortal body. The area also has a museum in Somnath, the gate of Junagadh, a beach and an audible and easy exhibition to entertain visitors.

Kedarnath Temple is one of the world’s most sacred shrines, located in the Himalayan region of Garhwal (Uttarakhand). The Pandavas are thought to have built a shrine to Shiva to atone for their sins during the Mahabharata.

Adi Shankaracharya restored the temple in the eighth century. It is one of the Chota Char Dhams of Uttarakhand, which requires a person to travel 14 kilometers over hilly terrain.

The temple, at an altitude of 12,000 feet [3,583 m] and is surrounded by glaciers and peaks, is closed in winter due to inclement weather. During the months when the temple was closed, a statue of King Shiva was taken to Ukhimath.