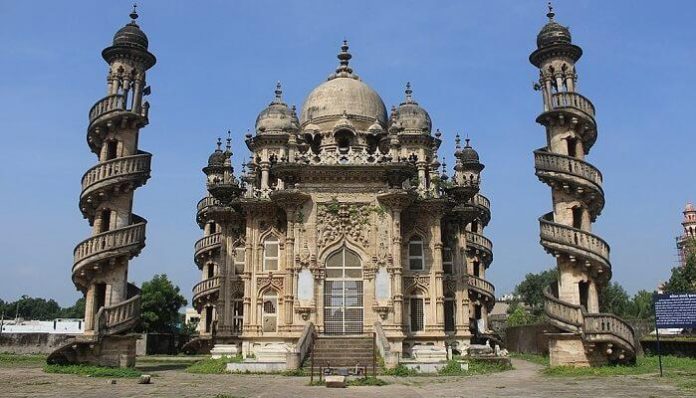 Junagadh is one of the most stunning as well as packed with rick cultural destination situated in a city of Gujarat, India. There are many things in Junagarh you love to do and travel around and you will enjoy the wealthy Junagadh culture, food, along with the exemplary strength of Gujarat. Junagadh is utmost renowned place for its impressive fort, its crowded markets, the song-dance culture, the multi different spices and pickles, and of course for the sociable people.

Places to Visit in Junagadh

Uparkot Fort – The Uparkot Fort is a major tourist attraction of Junagadh city. And the place is situated just in the mid of the city. As this fort was initially constructed by the Maurya kings of 3rd century BC but was again refurbished by the consequent emperors of the province. It is a great inheritance tombstone and a evidence to the magnificent account of this empire.

Jama Masjid – The Jama Masjid in Junagadh undoubtedly one of the most prominent one, and it is pretty similar to Delhi one. The masjid was constructed in 1423 and it is superb work of genius by popular Indo-Saracenic architecture. The lofty domes and the pillared all make a complete gorgeous structure.

Durbar Hall Museum – The Darbar Hall Museum was constructed in 1947 and it is an exquisite abode to a vast assortment of nearly 3000 paintings, photographs, remnants, and other relics from Junagadh. These all items are beautifully shown here that occur from the imperial families that ruled in the province.

Mahabat Maqbara – This is an ancient Maqbara was built in 1890s, and the splendid Mahabat Maqbara of Junagadh is the crypt of Bahaddudinbhai Hasainbhai, a Nawab of Junagadh. The maqbara is widely popular for flawlessly amalgamation of Hindu, Islamic, and European styles of structures.

Damodar Kund Reservoir – The Damodar Kund is a striking tank that indicates the outer edge of the Girnar. The reservoir is considered to have been built by the eminent poet Narasinh Mehta several eras back.

Asoka’s Rock Edicts – Towards the Girnar Hill from Junagadh city, you can see a arsenal of 14 rock proclamation and it was built by famous Ruler Asoka of the Mauryan dynasty.

Goddess Ambe Temple – This breathtaking temple is mainly devoted to the Goddess Ambe in Junagadh and the shrine draws millions of devotees throughout the navratras. The expansive white holy place is splendour to catch you.

Girnar – The Girnar Hill is believed a holy place both by the Hindus and Jains similarly. Pious Hindus and Jains mount the 9,999 steps that climb to the hill. The Jain temples are places of worships that have its own religious importance and are also popular for their exquisiteness and structural design.

Sakkarbaug Zoo – The Sakkarbaug Zoo is also popular by it’s another name of Junagadh Zoo, and it is one of the hygienic and well- maintained in the country. People can spot here Asiatic lions and the white tigers in the zoo.

Gir National Park and Wildlife Sanctuary – This wildlife sanctuary is one of the most popular national parks and wildlife reserves in India, Gir is a massive place to the Asiatic Lion – a stately species that has died out in all other home in Asia.

Somnath Temple – The Somnath temple situated very close to Junagadh and it is the first amid the twelve revered Shiva temples which are known as the Jyotirlingas. This temple is considered to have subsisted since evidence account. Girsomnath, is the area in which the shrine a proof and was part of Junagadh till 2013 when it was divided into a separate region.

Other attractions to travel in and around Junagadh –

There are too hot during summers but winters are pleasant and cool to travel around here. The best time to visit is between November and February.