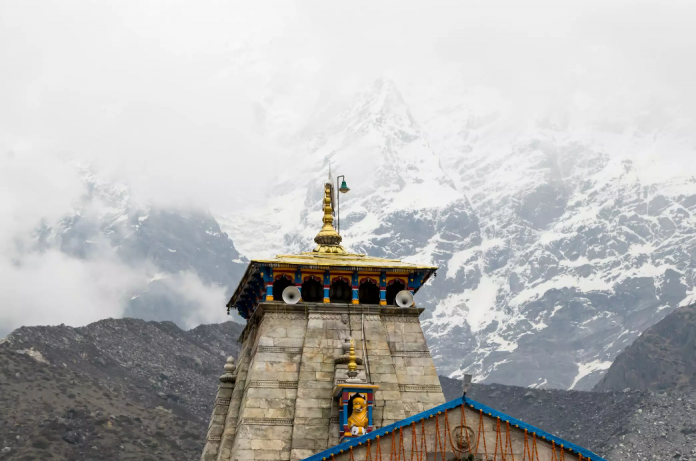 Shravan, the fifth month in the Hindu Calendar, is when the Nakshatra Sharvan governs the stars at full moon night. This auspicious month is dedicated to Lord Shiva, the creator and destroyer. It is believed that fortune will be abundant if you worship him and perform certain rituals during this month. Shravan, the month of fortune, began on 23 July and will continue until 22 August 2021.Shravan Somvar Vrat This is observed every Monday during this period. The aura of this month is purified by visiting the temples of the most powerful yet peaceful deity.

Here are a few ways to instill sanctity within you .Shravan: Shiva temples to see.

Shravan in Gujarat starts a little sooner than in North Indian states. People from all walks of the country flock to the temple to see the Somnath Mahotsava. Its devotion has earned it the respect of Hindus. The temple is open from 4 am to 10 pm during the Shravan festival.

The Omkareshwar Temple is located on Shivpuri’s sacred island. It is one of the 12 jyotirlingas found in India. The island is in the shape ofOmIt is considered an auspicious spot. People from far-flung places travel to the temple to participate in the Shravan Mas, which is a holy celebration.

The temple, which is located on the banks of the river Ganges, is dedicated to Vishwanath the Ruler of all the Universe. This temple is listed as the oldest temple in the world, with 3500 years of documented history. The month of Shravan is celebrated in Varanasi, a holy city. Every Monday in the month is decorated with different items. The festival begins with decorations for Lord Shiva on the first Monday and ends with Shri Rudrakshay decorations on the fourth Monday. The ceremony ofJhoola RingarIt is done with enthusiasm and great zeal.

It is remarkable that the three faces of the religious shrine represent Lord Brahma (Lord Vishnu), Lord Rudra (Lord Rudra) respectively. Shravan, a festival dedicated to Lord Shiva, is one of the most important festivals celebrated in the temple premises. Naag Panchami, the full moon day, or Narali poonam are used to ornament the deity. The no moon day is also the time for the procession with oxen.

It is the largest temple in Bhubaneshwar and hosts the biggest celebrations of all festivals dedicated to Lord Shiva. The Shravan is a celebration in which Bol Bam pilgrims come together to carry water from Mahanadi up to the temple each year.

Taraknath Temple was built in 1792 and is an example of Bengal Temple Architecture. Devotees are extremely dedicated to Lord Shiva and flock in large numbers to worship him. Mondays are the busiest days for worshippers. There are different colors to display on every Monday of Shravan Mah. Different decorations are used depending on the occasion, highlighting Bengal’s extravagant culture.

The temple, located in Srisailam District, is the only temple that can be considered a Jyotirlinga or a Shakti Peeth. Shravan is celebrated here as a meritorious festival.UtsavamsThey are held. Celebrate the festival with the utmost devotionAkhandaSivanama SankeerthanaIt is held. During the month of Shravan, Bhajans are performed on continuous notes.

Baba Baidyanath Dham belongs to the most sacred abodes for Lord Shiva. According to mythology, Ravana gave his ten heads to Lord Shiva on the present ground of the temple to receive the blessings of life. It is well-known for its Shravan Mela, during which thousands of pilgrims visit this holy shrine. Millions of devotees are seen walking barefoot to offer water from Sultanganj to the god.

The temple was built in 1744 by Ahom King Pramatta Singa. It is today the most important temple in Assam with Lord Shiva as its primary deity. A Shravan Mela, which sees millions of devotees singing Bole Bam and walking long distances to reach the temple every year during Shravan, is held every year.

These temples were dedicated to Lord Shiva. Shravan is one of the most important festivals. Be a witness of his supreme power by worshiping Lord Shiva!

Rajasthan Travel Tips: Everything you need to Know