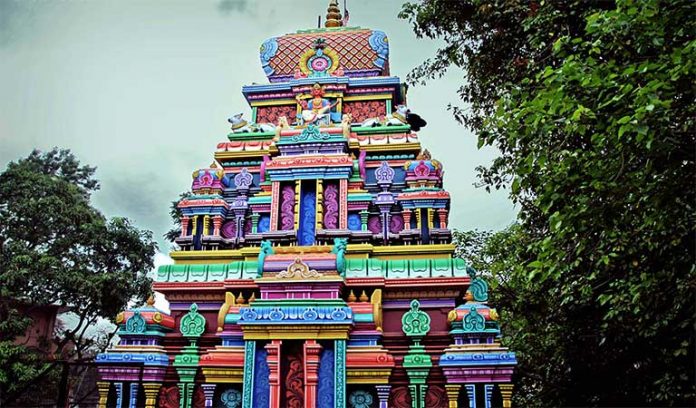 Mahashivratri is approaching and devotees of Shiva have begun to prepare for the festivities. The vast majority of people will be content to visit the Parvati and Shiva shrines in their locality, but there are many who want to travel to experience the joy of this holy festival. If you are a lover of Shiva and a traveller, these are the places that you should visit for Mahashivratri.

According to Hindu mythology, Lord Shiva is the most easily pleased of all gods. Yes, we’re used to following the easiest path. Maha Shivratri Festival falls on the 1 March 2022  and Shiva devotees are already exploring paths to make him happy and bring home lots of luck and fortune.

There is also a legend behind all of it

The festival’s literal translation is “Great Night of Shiva”, and there are many legends to back it up. This is not surprising considering our vast mythology!

What is the best way to celebrate?

Spirituality is not a result of religion. It is a part of your soul. Sometimes all it takes to make a difference is one prayer.

You can make the most of this year by making the most of Maha Shivratri’s celebrations in the best locations.

Ganga Ghats at Rishikesh and Haridwar are said to cleanse the soul and bring about divine peace. We Indians love to exploit loopholes.. we will do almost anything, then take a holy bath in Ganges.

Another note on Mahashivratri is that devotees can visit Shiva temples and fast, as well as attend Yoga sessions at Har Ki Pauri. This will help to restore the spiritual self.

People perform the wedding procession of Lord Shiva & Parvati on the D-day. The parade moves through the city, ending at Tilbhandeshwar Temple. The celebrations last for approximately 5-6 hours, and devotees dance loudly and consume Bhaang (a form of Marijuana that Lord Shiva considers his prasad). You now know where to go!

Mandi, a tranquil and beautiful village in Himachal Pradesh is called “Festival of God”. It may seem paradoxical, but Mahashivratri (Festival of God), is celebrated in the Bhootnath temple (Ghost Temple) with great enthusiasm and zeal.

A week-long event called the “International Mandi Shivratri Fair” is held, where hundreds of religious deities are brought to life in palanquins. To express their joy, people dance to music. The city is enlivened by a colorful and lively procession called Shobha Yatra. These historic celebrations bring together thousands of devotees.

Assam celebrates Mahashivratri just like any other part of the country. People flock to the Umananda temple, where they become proud symbols of divine prayers and decorations.

Shiva dol, another temple located in Sibsagar, rises to a height of 104ft. As a sign of gratitude, devotees offer Shivalinga various items. To follow the rituals, incense sticks and lamps are also burned.

Mahashivratri celebrations are observed at Matangeshwar temple in Khajuraho. This is a grand event and therefore the associated magnificence. The best classical dancers lead a week-long dance festival.

The fair is a 10 day event that features many participants as well as a variety handicrafts. It also includes merry-go rounds, magic shows, rural circus, magic shows, folk theater, and merry go-rounds. The Lingam, 2.5m high, is bathed in water from the holy rivers. After the mantra chanting, woodapple leaves are given to the lingam.

MahaShivratri is a time when the temple transforms into a wonderful festive scene. It is obvious that hundreds of thousands of devotees throng the temple premises. The queues are long and the lines are endless. However, you can take a shortcut and offer your prayers with Online Puja Services (yes, the so-called Indian jugaad). The festivities last for nine days, and the temple is filled with flowers. All the traditional rituals are performed on Mahashivratri’s last day.

Rajasthan Travel Tips: Everything you need to Know

Most popular Shiva Temples to visit During Shravan Masa