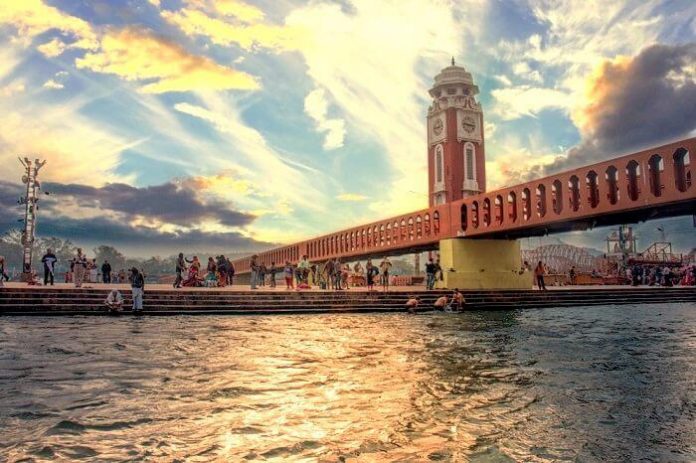 Uttarakhand is a place where you can see myriad rivers which all flow in different routes and also, such all rivers flow in the way that are all located at the Himalayan Mountains. Uttarakhand is full of scared destinations and you can visit many temples here and stunning rivers, Ganga and Yamuna.

The Ganges River is beautifully situated in Uttrakhand and that is typically a holy river as it is considered by Hindu religion. This river is here complete show a symbol of spirituality, and holiness. However, this divine river has many things to see around. And, the Ganges starts from Gomukh that is placed in Uttarkashi, Uttarakhand.

Yamuna is considered to be one of the holiest river tat mainly begins from Yamuna glacier and situated at a height of 6,315 metres.

The Alaknanda River is also the revered one and it has two major flows to turns out Ganga, and Bhagirathi waterway. It both meet with Satopanth and Bhagirath Kharak glaciers and that goes to merge with Bhagirathi River at Devprayag.

Bhagirathi River is another holy river that starts from Gaumukh. This river consists of two major circuits of Ganga and also the Alaknanda River. However, Alaknanda river is larger than Bhagirathi.

This River is a holy one and situated under the lower Himalayas of Garhwal, the Ramganga river mainly starts its route that is close to the Lohba village. The Ramganga River is around 155 km long and mainly flows from the southwest route of the Kumaon Himalayas.

River Kali typically merges from the Trans-Himalayan area of the Greater Himalayas and exactly positioned at an altitude of 3,600 metres. Even though, this river is popular from many names such as Mahakali, Kali Ganga and Sharda.

The Bhilangna River is a right hand of Bhagirathi River, and it is a popular river of Uttarakhand. The river mainly begins from the bottom of the Khatling Glacier. The river starts flowing from Bhagirathi.

The Saraswati River is very adjacent to Mana village located in Uttarakhand. And this river is considered one of the holiest rivers in Uttrakhand.

The Gaula is a very small and miniature river that starts flowing from the Ramganga waterway that is a branch of river Ganga. The major towns that the river streams through Kathgodam, Shahi and Haldwani.

Gori Ganga is a sacred river and located at Munsiyari tehsil of Pithoragarh. The river begins flowing from the Milam Glacier. Along with, this river also flows throughout the almighty hills of Chaudhara and Rajramba.

Kosi is a well-known and holiest river in Uttarakhand that starts flowing from the Himalayas at Dharpani Dhar and finally that goes to fusion with Ramganga river in Uttar Pradesh. The river also starts flowing through the cities Betal Ghat, Bujan, Ramnagar, and Amdana that produces water for agriculture.

The Mandakini River is just located close to Himalayan River and mainly streams through most sacred destinations in Uttarakhand they are Kedarnath, Sonprayag, Ukhimath, and Rudraprayag.