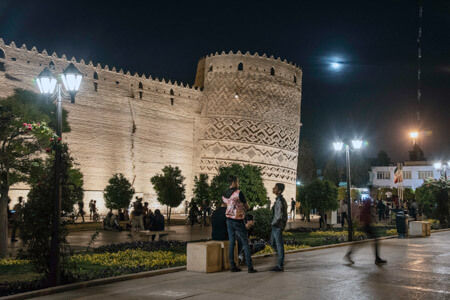 Skip all content and get ExpressVPN, the one I currently use and the best one for Iran
CLICK HERE TO LEARN MORE ABOUT ExpressVPN

As in many dictatorships around the world, in Iran, the internet is censored.

That’s because the Government wants to have all the information that flows over the network under its control so, they block many websites which are beyond their reach, like most non-Iranian social networks and many international media outlets.

On the other hand, this is kind of controversial because the ruler of Iran has an actual Twitter account and many Iranians retweet his tweets.

I know that this last thing may sound kind of funny but the fact is that, despite the censorship, everybody uses a VPN (Virtual Private Network) in Iran and the Government already knows that, but there is not much they can do about it, especially in a country of 80 million people.

In this article, I will help you to find the right VPN for Iran.

In this VPN guide to Iran, you will find:

Why you need a VPN
Blocked websites
Best VPN for Iran

Why do you need a VPN for Iran?

Skip all content and get ExpressVPN, the one I currently use and the best one for Iran.
CLICK HERE TO GET YOUR COUPON (3 MONTHS FOR FREE) FOR ExpressVPN

I don’t really want to go into many details about VPNs because, if you found this article, you already know what a VPN is used for.

Usually, most people around the world use a VPN for the following reasons:

By connecting to a server from a different country, you will be able to browse all the sites and services which are blocked in Iran.

For example, if you connect to a server located in Germany, you will be able to use Facebook in Iran because, in Germany, Facebook isn’t blocked.

Blocked websites and services in Iran

If you don’t have a VPN, you won’t be able to connect to the above sites.

These are the different VPN I trust:

Tip – You should know that, for paid apps, Google Play and Apple Store are blocked in Iran, so it would be wise to get your VPN before leaving for Iran.

If you look at other websites, you will see that, when talking about VPNs, they use very complicated names such as DNS queries, PPTP protocols and understandable things like that.

They want to be too professional and techy but, seriously, for traveling purposes, such as using Facebook in Iran or watching Netflix, you don’t need to know any of that.

The fact is that I am neither a computer geek nor a computer engineer and, in any case, I don’t want to complicate your life, so that is why I have classified the different VPNs according to the following criteria, which everybody can understand:

By the way, all the VPNs recommended in this blog are:

Express VPN is the most Premium VPN in the market.

Seriously, it is super fast, it can connect to an endless number of countries and geeks claim that it has the strongest encryption in order to ensure data protection at the highest levels.

Controversially, Express VPN was the first VPN I ever paid for, and I used it for a few weeks when I was traveling in China.

By that time, I didn’t know that it was the best one but then, I signed up for cheaper VPNs and realized that it was the fastest, so when my plan expired, I moved back to Express VPN, which is the one I am using today.

Seriously, it is so fast, that most of the times, it doesn’t even seem you are connected to a VPN.

SPECIAL OFFER THROUGH MY LINK – GET 3 MONTHS FOR FREE!
CLICK HERE TO CLAIM YOUR ExpressVPN DEAL!

NordVPN is the VPN I was using during my 2-month journey in Iran.

It was good, really, relatively fast, experts claim that it is also very secure, and you can connect to 64 different countries.

Nevertheless, one of the downsides was that, when I was connected to a public Wi-Fi network, I really could feel that the internet was significantly slower and, for my online job, I do require a fast internet, so that is why, eventually, I moved back to ExpressVPN.

Still, I insist, this is a very good VPN, quite faster than the average and, if you sign up for the long-term plan, the monthly price becomes very, very low.

SPECIAL OFFER – SAVE 70%!
CLICK HERE TO CLAIM YOUR NordVPN DEAL!

From all the trustworthy VPNs, PrivateVPN is the cheapest in the market, so it might be the best choice for budget travelers.

The reason why this VPN has such a good reputation it is because, with no more than 100 servers, it offers an outstanding level of security, with strong encryption features.

Moreover, some speed tests have shown that, sometimes, it is even faster than Express VPN, so at this price, why should you buy any other VPN?

Well, the reason is that PrivateVPN’s speed is inconsistent, meaning that one day you may download a movie at a full speed and, on the next day, you may watch a Netflix episode through an extremely pixelled screen.

As always, you get what you pay for but, once again, at this price, you won’t find a better VPN.

Is it legal to use a VPN in Iran?

No, it’s not, and it could actually lead to a jail sentence.

Everybody in Iran uses a VPN and there have not been any reports from foreigners who have gotten into trouble for using it, not even Iranians, as long as they don’t use to organize a massive demonstration against the Iranian regime.

They would never go after anyone who uses a VPN for connecting to Facebook in Iran.

Step 2 – Download ExpressVPN to your desktop or get the App on Google Play or Apple Store.

Step 3 – Choose a location from the list and connect – It is so easy!

CLICK HERE TO GET 3 MONTHS FOR FREE with ExpressVPN

There are free VPNs, of course, but they present the following disadvantages:

Personally, I have used a few free VPNs in the past but trust me that, eventually, you will realize that it is not a very good idea, not at all.

However, it is completely up to you 🙂

Things to do in Baku in 3 days – A complete guide