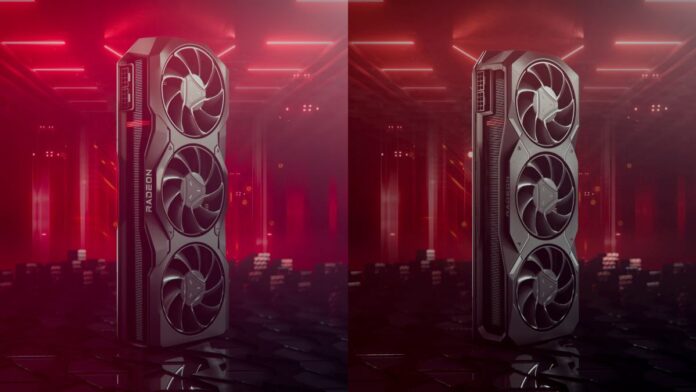 AMD has unveiled the brand new Radeon RX 7900 XT and Radeon RX 7900 XTX, its latest high-end GPUs based on the all-new RDNA 3 architecture and manufactured using multiple scalable ‘chiplets’ which have been fabricated on a 5nm process. Both will be available around the world starting from December 13. While the flagship Radeon RX 7900 XTX is priced at $999 (approximately Rs. 81,875 before taxes), the Radeon RX 7900 XT which is positioned one step below it will cost $899 (approximately Rs. 73,680). Suggested retail prices for India have not yet been announced. AMD claims up to 70 percent better performance or 54 percent higher performance per Watt than the previous generation based on the RDNA 2 architecture.

Competing with Nvidia’s GeForce RTX 4000 series, the new Radeon RTX 7900 XTX features 96 compute units, a clock speed of up to 2.3GHz, and 24GB of GDDR6 RAM. Total board power consumption is rated at 355W. The slightly more affordable Radeon RX 7900 XT has 84 CUs, a 2GHz clock speed, and 20GB of GDDR6 RAM. Power consumption for this model is 300W. AMD’s promotional images show two standard 8-pin PCIe power connectors for both models, as well as DisplayPort, HDMI, and USB Type-C video outputs. Partner brands will be able to customise their offerings.

Both of the Radeon RX 7000 series models announced so far support the DisplayPort 2.1 standard for up to 8K output at 165Hz of 4K at 480Hz. There’s also hardware-level support for up to 8K 60fps AV1 encoding, plus simultaneous encode/decode with the AVC and HEVC codecs.

The classic monolithic GPU has been broken up into a Graphics Compute Die (GCD), consisting of the compute units that make up the graphics rendering pipeline, as well as multiple Memory Cache Dies (MCDs). The Radeon RX 7900 XTX will have six MCDs, each on a 64-bit wide bus, amounting to 384 bits, while the Radeon RX 7900 XT has five active MCDs which amounts to a 320-bit bus. While the GCD is manufactured on a 5nm node, the MCDs use a 6nm process, allowing AMD to mix and match components to optimise manufacturing resources and cost.

AMD claims 50 percent faster ray tracing than with the previous generation thanks to new AI instructions and improved throughput. Compute units can now dual-issue instructions, new AI accelerators have been added to each CU, and different stages of the graphics pipeline can now run at different clock speeds. More specifics about performance, including competitive positioning against Nvidia’s GeForce RTX 4000-series offerings and the new Intel Arc GPUs, will likely be announced at that time.

The company also touts a 2.7X improvement in bandwidth for its next-gen Infinity Cache implementation thanks to improved algorithms, compared to the previous generation. The company also says it has stuck with GDDR6 RAM in the interest of power efficiency.