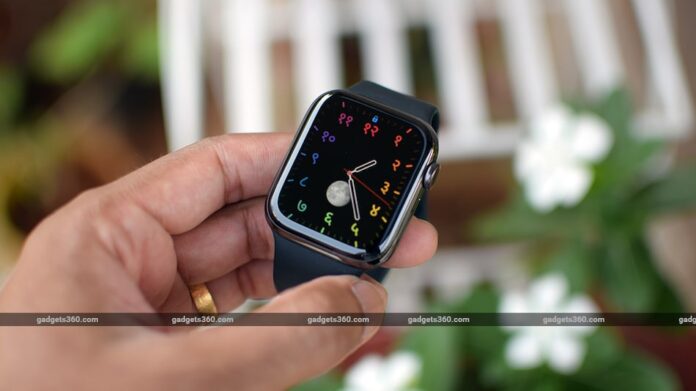 Apple Watch has been credited with saving the lives of several people by calling emergency services when they are unable to access their phones, alerting first responders in time so they can receive medical attention. The wearables have also helped many users detect certain abnormalities in their health using the sensors that monitor parameters like ECG and heart rate levels. In a new report, an Apple Watch has been credited with saving the life of a 12-year-old girl in the US with cancer, who was able to seek treatment in time.

According to a report by Detroit Hour, 12-year-old Imani Miles’ Apple Watch kept emitting alerts that her mother, Jessica Kitchen, discovered were due to an abnormally high heart rate. Miles was taken to a hospital for an appendectomy. During the surgery, the doctors also discovered a neuroendocrine tumour on her appendix, as per the report, a condition that is not common among children.

The child’s mother told the publication that she would probaly have taken her child to the doctor after a couple of days, of she wasn’t notified by the watch. “If she didn’t have that watch, it could have been so much worse,” Kitchen said. The report does not specify which Apple Watch model the child was using.

While the tumour was removed by the doctors, the cancer had already spread to other parts of the 12-year-old’s body, which meant that she had to undergo further surgery. As per the report, Miles’ surgery at the C.S. Mott Children’s Hospital was successful, and she was recovering at home.

Back in 2020, an Apple Watch alerted a 25-year-old, notifying him that his resting heart rate was unusually high at 210 beats per minute. This allowed him to visit a doctor, who informed him that he required an atrial ablation to correct the atrial flutter.

In March 2021, Apple said that the company’s wearable had alerted 58-year-old former athlete Bob March of his cardiac arrhythmia, allowing him to promptly schedule a doctor’s appointment. A visit to the doctor confirmed the irregularities and a simple ablation procedure helped March avert probable mishaps in the future. March was gifted the Apple Watch by his wife Lori on their 17th wedding anniversary.