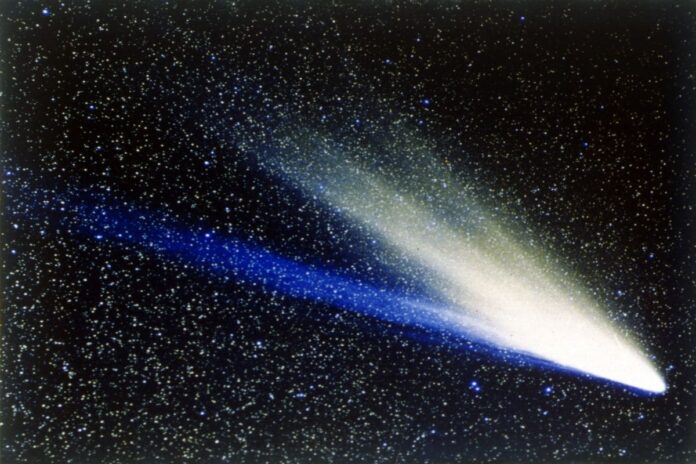 The comet C/2017 K2 has offered a spectacular celestial show for stargazers and astronomers as it hurtled past Earth this week. In its closest approach to our planet, which was on July 14, the comet was about 270 million kilometres away. Now, while the comet may have crossed its closest point to Earth, the celestial show is not over yet. It is expected that the comet is now on its journey towards the Sun and may appear brighter when it gets closer to the star in December this year.

The comet named C/2017 K2 (PANSTARRS) or K2, was first spotted by the Panoramic Survey Telescope and Rapid Response System (PanSTARRS) in 2017 when it was in the outer reaches of the solar system. When the comet went past Earth this week, it could be seen through large amateur telescopes, as revealed by EarthSky. However, considering its distance from us, it did not offer a bright show despite its massive size.

But, as per another report, it is expected that we may still have a chance to catch a brighter glimpse of the comet later this year. The K2 comet is headed towards the Sun and will get closest to the star or the perihelion point in December. As it will near the Sun, the comet is likely to get heated up and become more brilliant. This might bring the comet in the range of even the average binoculars which you can use to observe it.

The perihelion is slated to happen on December 19 but there is still uncertainty if it will react the way as it is expected. It is not clear how the Sun’s heat will affect the comet and if it will even make it to the point. So far, the comet has been observed to grow brighter as it moves toward the inner solar system.