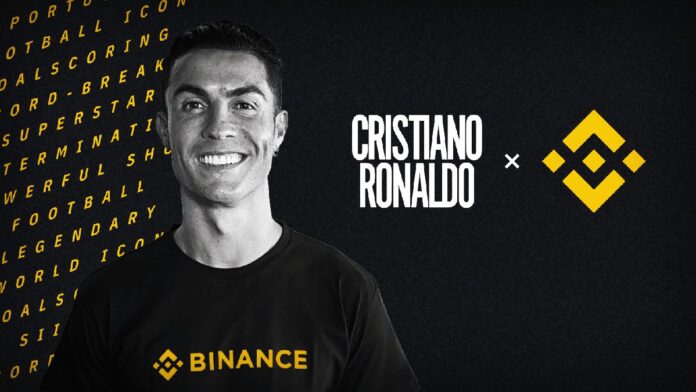 Football superstar and global sports icon Cristiano Ronaldo’s first non-fungible token (NFT) collection will become available on November 18 as part of an exclusive, multi-year partnership with Binance. The launch is supported by a global marketing campaign featuring Ronaldo, aiming to provide his fans with an introduction to Web3 through the world of NFTs. Earlier this year, the Portuguese icon penned a multi-year partnership deal with the crypto exchange Binance focused on NFTs. As such, the new digital collectible drops will release exclusively on Binance’s non-fungible token marketplace.

Each rarity level will come with its own set of exclusive perks, ranging from a personal message from Cristiano Ronaldo, autographed CR7 and Binance merchandise, guaranteed access for all future CR7 NFT drops, complimentary CR7 mystery boxes and entries into giveaways with signed merchandise and prizes.

In a statement, Binance co-founder He Yi commented on the recently announced partnership. He stated, “We believe the metaverse and blockchain are the future of the internet. We are honoured to collaborate with Cristiano to help more people understand blockchain and showcase how we are building Web3 infrastructure for the sports and entertainment industry.”

Ronaldo added in the statement, “It was important to me that we created something memorable and unique for my fans as they are such a big part of my success.” The footballer also said, “With Binance, I was able to make something that not only captures the passion of the game but rewards fans for all the years of support.”