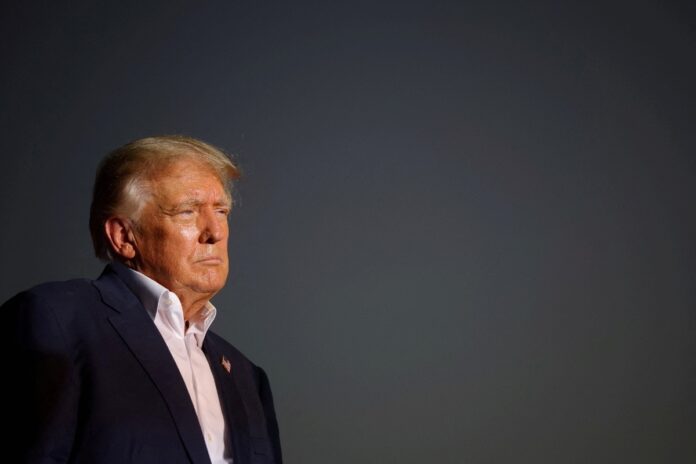 Former US President Donald Trump on Friday said he was happy Twitter was in “sane hands” after Elon Musk formally took over, but did not say whether he would return to his account on the platform that banned him.

Trump said he thought his own Truth Social media platform “looks and works better.” “I LOVE TRUTH,” Trump wrote in a post on his platform. Trump was banned from Twitter after the deadly January 6, 2021, attack on the US Capitol. Musk has said he would reinstate Trump’s account, but Trump previously said he would not return.

Donald Trump on Friday said he plans to make use of his own Truth Social media platform despite Twitter’s takeover by billionaire Elon Musk, who has promised to reinstate the former US president’s Twitter account.

When he posts on his own platform, “it goes all over the place anyway,” Trump told Fox. “Everyone who is on Twitter and on all the other places, they all put it out anyway.”

Musk, a self-described free speech absolutist, took over Twitter with brutal efficiency on Thursday, firing top executives but offering little clarity over how he will achieve his ambitions goals for the influential social media platform.

Mere hours after Musk kicked off a new era at Twitter, he was deluged with pleas and demands from banned account holders and world leaders.

Others whose Twitter accounts were suspended have had or could have them reinstated soon.

Before the council convenes, the social media platform will see no major content decisions or account reinstatements.