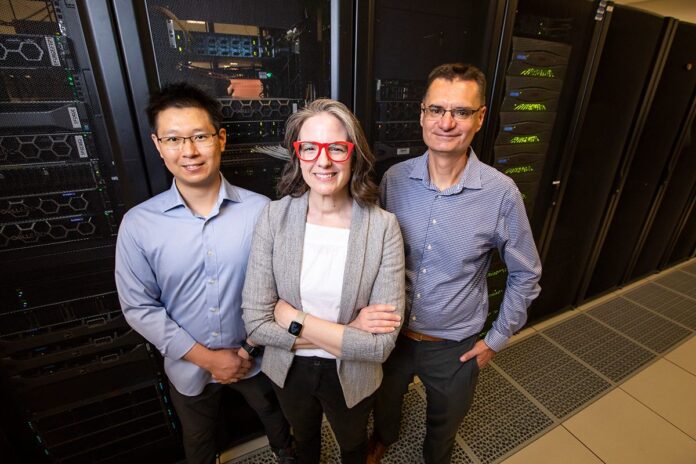 With an upgraded supercomputer and strategic modelling program, a team of geologists have successfully forecasted a volcanic eruption in the Sierra Negra volcano five months before it took place. The volcano forecasting modelling program was set up in 2017 by geology professor Patricia Gregg and her team. They installed the program on the Blue Water and iForge supercomputers. Meanwhile, another team was monitoring the Sierra Negra volcano located in the Galapagos Islands, Ecuador. The forecasting model was initially developed on the iMac and had earlier successfully recreated the 2008 eruption of Alaska’s Okmok volcano. Gregg’s team went on to test the model’s high-performance computing upgrade. And, they found that Sierra Negra volcano data suggested an imminent eruption.

Explaining the nature of the Sierra Negra volcano, Gregg said it “is a well-behaved volcano”. He shared that in the past, the volcano had given all signs before erupting. These include gas release, increased seismic activities, and groundswell. Due to this, the volcano was chosen to test the upgraded model.

Forecasting eruptions is considered a herculean task in geology as most volcanos don’t follow a pattern which makes it hard to predict their future activity. But, developing quantitative models is believed to be effective in doing the tricky work.

Once the data from the Sierra Negra volcano was received, Gregg and her team ran it through the super-computing-powered model and wrapped up the run by 2018. To their surprise, even when the run was a test, it offered a framework that unravelled Sierra Negra’s eruption cycles and helped evaluate its future eruption timings.

“Our model forecasted that the strength of the rocks that contain Sierra Negra’s magma chamber would become very unstable sometime between June 25 and July 5, and possibly result in a mechanical failure and subsequent eruption,” noted Gregg.

Gregg shared that they presented the findings at a scientific conference in March 2018 and did not look back at the models. However, on June 26 that year, one of the scientists on the Ecuador project, Dennis Geist, texted Gregg asking her for the forecasted date for the eruption. “Sierra Negra erupted one day after our earliest forecasted mechanical failure date. We were floored,” said Gregg.

According to researchers, the study, published in the journal Science Advances, also demonstrated how incorporating high-performance supercomputing into practical research can lead to such groundbreaking results.