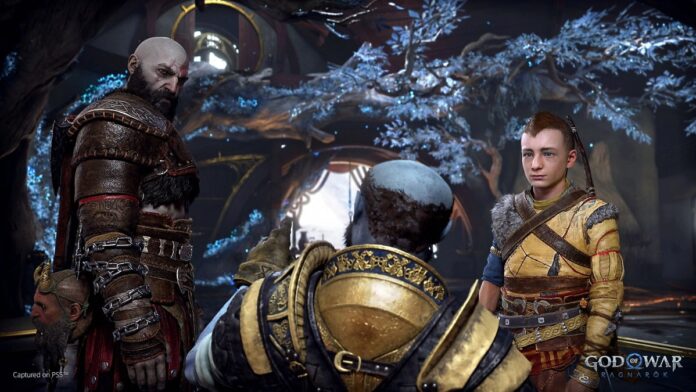 After last month’s flurry of AAA game launches, one would naturally expect the following days to be a barren wasteland. But, heading into November, PlayStation comes in hot with God of War Ragnarök, an epic-scale title promising a sombre father-son tale, that takes regular breaks to cleave incoming hordes of monsters. Following close behind is Call of Duty: Warzone 2.0, an extension to Activision’s free-to-play battle royale game, introducing the gigantic Al Mazrah map. Fans might recognise the setting from Call of Duty Modern Warfare 2 remake’s campaign segment.

On the handheld front, we’ve got Pokémon Scarlet and Violet, the first open-world RPGs in the monster hunting franchise, which ups the ante with new online features, such as a co-op mode, as you partake in Tera Raid battles and explore the Paldea region. Nintendo Switch is also bringing the chirpy award-winning from Hazelight, It Takes Two, where you team up with a friend and take control of bickering couple Cody and May, tasked with solving numerous puzzles. It launches November 9 on the platform, and comes with a Friend’s Pass — as everywhere else — so only one of the players needs to own the game.

The co-op fun extends into Warhammer 40,000: Darktide, as you’re dropped into the unforgiving hive city of Tertium to face off against bloodthirsty foes — a heretical cult called the Admonition, who seeks to seize control of the planet Atoma Prime. After all that hunting, one might need to relax a little. So, why not turn into an annoying farm animal, and wreak havoc onto a sandbox town in Goat Simulator 3?

With that, here are the eight biggest titles coming to PC, PS4, PS5, Switch, Xbox One, and Xbox Series S/X in November 2022.

Take the reigns of a football club and duke it out with other top managers of the world in Football Manager 2023. Over the years, the series has offered unrivalled tactical football management simulation gameplay. This time around, the manager AI is even more realistic than before with overhauled decision-making. The match engine has also been updated to include new player animations.

Football Manager 2023 will include finally include the UEFA Champions League, as well as other UEFA club competitions like the UEFA Europa League and the UEFA Europa Conference League. The game will also include a revamped scouting and recruitment system, allowing you to develop a world-class squad by developing players from your youth team.

Sega’s upcoming platform game brings a fresh spin for the popular speedster, with a lot of open area to run and fight. Set in the clouds, the Starfall Islands is where the protagonist is stranded and must battle enemies across five massive islands. In Sonic Frontiers, you can also take on side quests, solve puzzles, climb tall structures, or go fishing, if you want to.

Developer Sonic Team has also added portals for you to enter Cyber Space levels, offering a variety of challenges. You’ll need to discover the remains of an ancient civilisation in order to protect the inhabitants of the Starfall Islands from a massive robotic threat.

Three years since the events of 2018’s God of War, Kratos and a now-teenaged Atreus must journey into the Nine Realms in search for answers, as the Asgardian forces prepare for Ragnarök, a prophesied battle that will bring about the end of days and the death of several Norse gods.

Along the way, players can explore mythical landscapes on God of War: Ragnarök, while walloping through numerous foes in the form of gods and monsters. Even Freya aka the Witch of the Woods is hot on your trails now, in a quest to avenge her dead son Baldur. The former Queen of the Valkyries was last heard to be searching for her wings, promising an exciting battle as the secondary antagonist.

God of War Ragnarök expands on the combat element by introducing new combos and abilities, such as a grapple mechanic, where Kratos can use the Blades of Chaos to latch onto elevated surfaces and pull himself up. There’s a shield loadout now, catering to both parry and block playstyles, alongside the ability to infuse armaments with elemental attacks such as ice or fire, inflicting extra damage by freezing or incinerating enemies, respectively.

Watch the Story Trailer for God of War Ragnarök

Freya is back to exact revenge against Kratos
Photo Credit: Santa Monico Studio

Set in Western Asia, the map introduces erratic weather conditions, resulting in multiple smaller safe zones/ circles — forcing players to come out of hiding, and think of a new strategy. This is in addition to the brand-new swimming mechanic, letting operators dive deep beneath and partake in aquatic combat, though it is limited to sidearms/ pistols.

The Gulag is getting spruced up too, with 2v2 matches that revive and drop you back into the game, with any gear you loot from the prison. Optionally, players can hunt down AI jailers, who hold the key to the cells, and escape free of combat. Activision also has plans to expand battle royale onto mobile, with specific events and playlists, and “deep customisation options.”

The third entry in the popular (and somewhat whacky) Goat Simulator series takes place on the giant island of San Angora. Goat Simulator 3 gameplay is similar to the original title, you have to headbutt, lick, and triple jump your way across the island as you discover new regions, complete challenges, and take part in various events.

You can also access a multiplayer mode that lets you team up with a “herd” of four friends for even more chaos. And you can also customise your goat with ability-infused gear, according to developer Coffee Stain.

When: November 18
Where: Switch

These are the first open-world RPGs in the Pokémon franchise, bringing a whole host of newly discovered Pokémons in the Paldea region. Pokémon Scarlet and Violet have taken the revolutionary step of allowing you to explore the world in any order, instead of being restricted by a story.

Apart from trading and engaging in Pokémon battles, you will also be able to invite up to three more friends to together explore the world of Pokémon Scarlet and Violet. At the start of your journey, you will be able to pick between three new starter Pokémons — Sprigatito, Quaxly, or Fuecoco. The developer has also revealed other new Pokémons in the likes of Koraidon, Cyclizarm, and Pawmi.

Focus Entertainment’s upcoming title lets you step into the shoes of one of the last agents in a top-secret vampire hunting institute. Your task is to rid the US of a looming vampire threat by engaging in visceral combat using firearms, a gauntlet powered by lightning, and other powerful gadgets. As you take on the creatures alone, you can upgrade your weapons and your tools for more effective hunting. Evil West will also feature a perks system that can be used to improve and evolve your abilities as you progress through the game.

The city of Tertium is under threat from an overwhelming tide of darkness. It is up to you and your friends to battle bloodthirsty hordes of enemies and root out the seeds of corruption before they take hold. Warhammer 40,000: Darktide is a co-op-focused first-person shooter that pits four players against waves of AI enemies.

Darktide will allow you to completely customise your character’s physical appearance, voice, origin, unique traits, and skill sets. The game will offer a combination of melee combat and gunplay as you take on enemies in violent encounters set in the dystopian Warhammer 40,000 world.