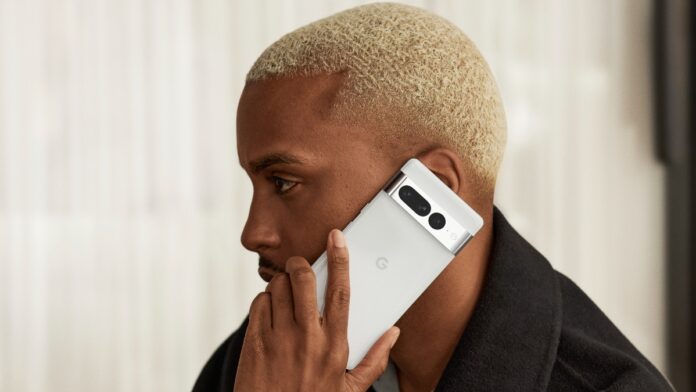 Google Pixel 7 Pro powered by the second-generation Tensor G2 SoC was unveiled in India last week alongside the vanilla Pixel 7. Now, users are complaining about faulty scrolling on Google’s latest flagship smartphone. As per user reports on Reddit, the display on the flagship phone offers a “sticky” and inconsistent scrolling experience. Several customers are seeing issues with scrolling in apps as well. The Pixel 7 Pro features a 6.7-inch Quad HD+(1,440 x 3,120 pixels) LTPO OLED display that offers 120Hz refresh rate. However, the problem seems limited to the Pro model at the moment.

Some early owners of Google Pixel 7 Pro took to Reddit and Twitter to report issues regarding the phone’s display and touchscreen. As per a Redditor, the touchscreen “constantly sticks on the backstroke of your finger when flicking to scroll. Not to mention the massive increase in keyboard fumbles when typing”. A Reddit user says scrolling is very inconsistent on the new Google flagship phone.

Several Pixel 7 Pro users are seeing faults with scrolling in apps. Affected apps seem to include YouTube and Instagram. As per a post on Reddit, when flicking right/left through a post gallery on Instagram the user has to move their fingers more to get to the next picture. Sometimes it’s slower than intended and at some points it moves really fast, he added.

The Pixel 7 Pro features a 6.7-inch Quad HD+(1,440 x 3,120 pixels) LTPO OLED display that offers 120Hz refresh rate. Recent user reports also suggested that Pixel 7 Pro’s panel draws more power than expected leading to the battery depleting faster. The display of the handset consumes about 3.5-4W at 600 nits, which is around half the brightness levels that the display is capable of. In high-brightness mode, at around 1000 nits, the display consumes 6W. However, Google has not yet responded to user reports.

Google’s Pixel 7 Pro smartphone went official in India recently with a price tag of Rs. 84,999 for the lone 12GB RAM + 128GB storage model. It comes in Hazel, Obsidian, and Snow colours. It is powered by an octa-core Tensor G2 SoC, along with 12GB RAM and 128GB onboard storage.