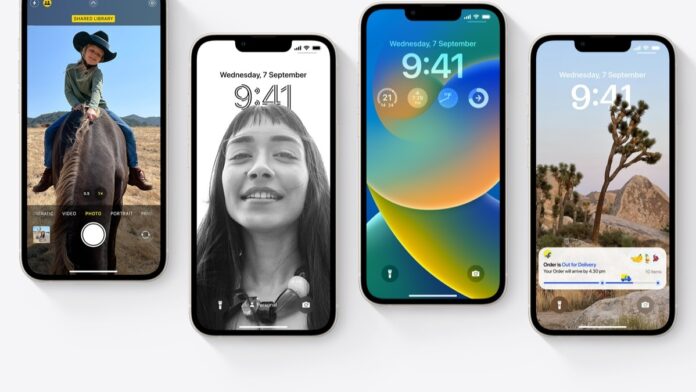 Apple has reportedly confirmed that iOS 16.1 will be released as a free update on October 24, which means it could appear as a download option for users in India as soon as Monday night. iOS 16.1 will be available to all the same devices that iOS 16 is currently able to run on, which means all iPhones powered by the A11 Bionic SoC and later, starting with the iPhone 8, iPhone 8 Plus, and iPhone X. iOS 16.1 will include the usual bug fixes and behind-the-scenes improvements, but a number of the headlining features of iOS 16 which weren’t ready at the time of its release are also expected to roll out.

iPhone users can navigate to Settings > General > Software Update to check for iOS 16.1 on their device, or wait for a prompt, if they have automatic updates enabled.

iOS 16.1 will introduce some very visible new features, most notably Live Activities which are notifications that can stay pinned to users’ lockscreens to show live updates of ongoing activities. These could include sports scores, breaking news, and even status updates for delivery apps. The Live Activities API will allow third-party app developers to create integrations with the iOS lockscreen and even the Dynamic Island on iPhone 14 Pro and iPhone 14 Pro Max devices.

iCloud Shared Photo Library was announced when iOS 16 was first previewed. This feature will allow users who use iCloud family sharing to save photos and videos directly to a joint library. Up to six family members can access this photo library, and choose which of their existing photos and videos to add to it.

The much-requested battery percentage icon also returns in iOS 16.1 in a more useful avatar that actually indicates the battery level visually. It will also be visible on eligible iPhone models smaller and lower-res screens, which weren’t able to display it in iOS 16.

Matter, the emerging smart home and IoT device communication standard, will be supported starting with iOS 16.1. This could help spur the adoption of smart home accessories, creating a unified ecosystem that’s easy to manage and add to.

Clean Energy Charging might not be available in India yet, but this will allow users in countries with variable energy sources to choose to prioritise drawing power when the grid is being fed by clean, renewable sources.

Some of the default iOS apps will also see minor tweaks. Users will be able to delete the Wallet app if they don’t want to use it. The wallpaper settings and screenshot editing UIs are also expected to be slightly improved.

The current version of iOS is 16.0.3. Apple introduced iOS 16 with the launch of the iPhone 14 series in early September, with a dramatic overhaul of the lockscreen UI, the introduction of lockscreen widgets, the ability to edit iMessages, improved search in the email app, more Siri commands, text recognition in videos, a Fitness app that works even without an Apple Watch, and multiple bug fixes. The incremental releases since then have also mainly focused on squashing bugs and improving security.

The oldest eligible devices are the iPhone XS, iPhone XS Max, iPhone XR, iPhone X, iPhone 8, and iPhone 8 Plus. The more affordable iPhone SE (2020) and iPhone SE (2022) will also be able to run iOS 16.1. Apple dropped support for older models dating back to the iPhone 6S and even the last iPod touch model for the first time since iOS 13 was released.

Installing iOS 16.1 should be as easy as tapping a few buttons on screen. Some people might jump on the update as soon as it is available, while others might wait a few days or weeks so that unexpected bugs can be detected and ironed out.