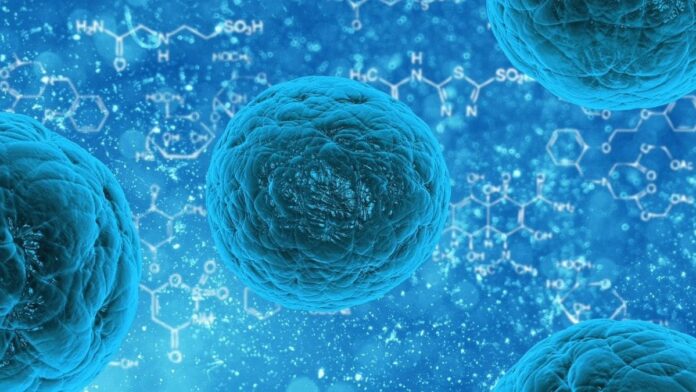 Do you know a newborn’s umbilical cord is home to life-saving stem cells like lymphoma and leukaemia? This is one of the major reasons parents, these days, opt to store the blood in an infant’s umbilical cord. Notably, if pregnancies get affected by gestational diabetes, the stem cells of the umbilical cord get damaged, making the cord useless. However, a study, by bioengineers at the University of Notre Dame, talks about a new strategy that can restore the damaged stem cells, and enable them to grow new tissues again. Under the new strategy, each damaged stem cell is given a nanoparticle backpack.

As per the study, each spherical nanoparticle, which is 150 nanometers in diameter, has the capacity to store the medicine and slowly transfer it to stem cells.

Donny Hanjaya-Putra, assistant professor of aerospace and mechanical engineering, bioengineering graduate program at Notre Dame, said, “Each stem cell is like a soldier. It is smart and effective; it knows where to go and what to do. But the ‘soldiers’ we are working with are injured and weak. By providing them with this nanoparticle “backpack,” we are giving them what they need to work effectively again.”

Later, the researchers conducted an experiment on the damaged cells by removing the “backpacks”. After examination, it was concluded that the said cells formed imperfect tissues. Whereas, the result with “backpacks” showed the formation of new blood vessels

As per Hanjaya-Putra, their study has the “clearest path of any method developed so far.” He went on to add, “Methods that involve injecting the medicine directly into the bloodstream come with many unwanted risks and side effects.”

Hanjaya-Putra and his team think that this approach can come in handy during pregnancy complications, such as preeclampsia. The researcher added, “Instead of discarding the stem cells, in the future, we hope clinicians will be able to rejuvenate them and use them to regenerate the body.” Citing an example, Hanjaya-Putra added, “For example, a baby born prematurely due to preeclampsia may have to stay in the NICU with an imperfectly formed lung. We hope our technology can improve this child’s developmental outcomes.”