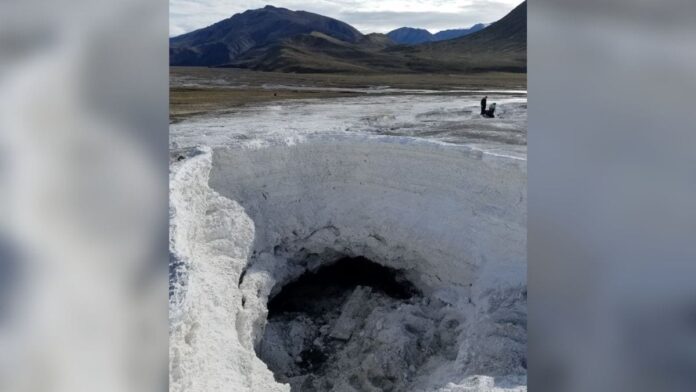 Scientists have managed to find signs of microbial life in one of the harshest spots on Earth, giving further hope that life may also be found in some of the unknown environments of space. In the depths of the Canadian Arctic, scientists managed to identify signs of life in the low-oxygen, super-salty waters of the Lost Hammer Spring. The water in the spring rises through 1,970 ft of permafrost in one of the coldest places on the Earth. The discovery raises hopes of many that microbial life (if it exists), may also be found in similar environments of the icy moons Europa and Enceladus.

“It took a couple of years of working with the sediment before we were able to successfully detect active microbial communities. The saltiness of the environment interferes with both the extraction and the sequencing of the microbes, so when we were able to find evidence of active microbial communities, it was a very satisfying experience,” said lead researcher microbiologist Elisse Magnuson of McGill University, Canada.

The microbes that the team found are entirely new with some very specific adaptations that allow them to exist and grow in extreme environments like the Lost Hammer Spring. Most importantly, these microbes are chemolithotrophic. These types of organisms, whose name quite literally means ‘rock eaters’, produce energy through the oxidation of inorganic molecules. Chemolithotropes can survive with or without oxygen.

“The microbes we found and described at Lost Hammer Spring are surprising, because, unlike other microorganisms, they don’t depend on organic material or oxygen to live,” explained microbiologist Lyle Whyte.

These microorganisms can survive by eating and breathing simple inorganic compounds such as methane, sulfides, sulfate, carbon monoxide and carbon dioxide, all of which are found on Mars.

Whyte, a professor of Polar Microbiology at Canada’s McGill university, said, “They can also fix carbon dioxide and nitrogen gasses from the atmosphere, all of which makes them highly adapted to both surviving and thriving in very extreme environments on Earth and beyond.”

Scientists believe that the ice on Martian polar caps is formed out of hypersaline water and that beneath the icy surfaces of Europa, the 6th largest moon of Jupiter, and Enceladus, the 6th largest moon of Saturn, are oceans of hypersaline water. These environments may play host to similar extraterrestrial microbes that have adapted to the conditions.