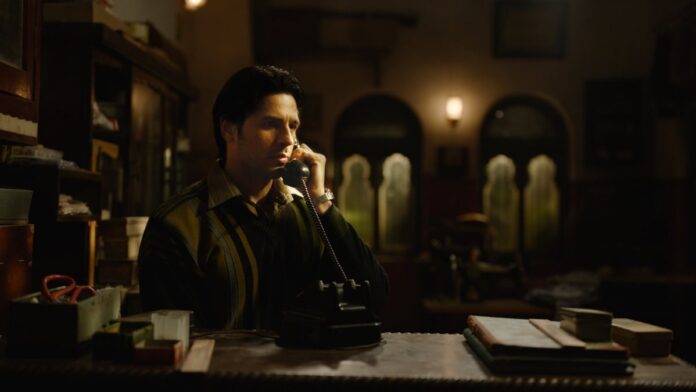 Mission Majnu, an upcoming spy thriller film starring Sidharth Malhotra and Rashmika Mandana, has dropped the official teaser on Friday. The movie is all set to premiere exclusively on the OTT platform from January 23, 2023. The teaser of the upcoming movie gives a sneak peek into Sidharth’s character as an undercover agent for RAW. This will be Rashmika’s second Bollywood release. The movie is helmed by Shantanu Bagchi and produced by RSVP and GBA.

The makers of Mission Majnu unveiled the teaser of the much-anticipated espionage thriller at the India Gate in the National Capital. Apart from lead actors Rashmika and Sidharth, the teaser also gives a glimpse of other prominent actors, including Kumud Mishra (Jogi), Parmeet Sethi (Rustom), Sharib Hashmi (Dhaakad) and Mir Sarwar (Bajrangi Bhaijaan).

Mission Majnu is a patriotic thriller set in 1970s. The thriller begins with the mention of 1971 war between India and Pakistan over the separation of Bangladesh. Sidharth’s character, a RAW agent on his mission to Pakistan, can be seen taking risks to prove his love for the country. He has been described as a “heroic RAW agent” who has no mention in the history.

The protagonist can be seen on one of India’s most covert operations of taking down Pakistan’s efforts of a nuclear attack. However, the teaser also hints at the movie being a love story at its core. Rashmika can be seen dressed as a bride in one of the few glimpses, playing the love interest of the RAW agent, who has also been shown as a groom in the teaser.

Directed by Shantanu Bagchi and produced by RSVP and GBA, Mission Majnu is all set to release exclusively on the OTT platform Netflix on January 20, 2023.

The movie will be Rashmika’s second Bollywood project after she recently starred in Amitabh Bachchan and Neena Gupta-led Goodbye.