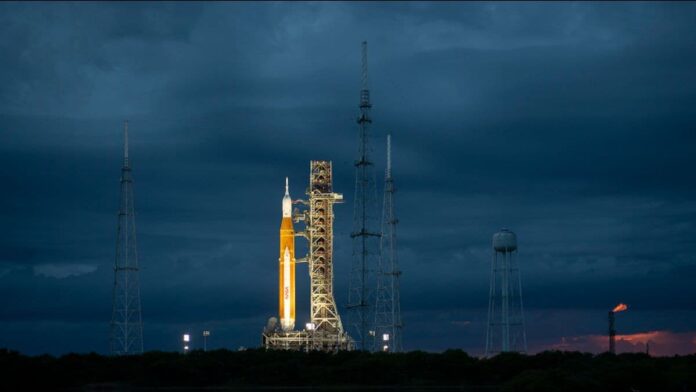 NASA is ready for its second attempt at launching the Artemis I Space Launch System (SLS) rocket on September 3. On August 29, when Artemis I was initially supposed to embark on its journey to the Moon and back, the launch controllers were unable to cool down the four RS-25 rocket engines, according to NASA. This led to the launch being halted, and being rescheduled once the issues were resolved. The launch coverage will be initiated by NASA at 5:45am EDT (3:15pm IST) and the launch will take place a few hours later.

Artemis I is scheduled to lift off from the Kennedy Space Center in Cape Canaveral in Florida at 2:17 pm ET, or 11:47pm IST. After the lift off, the Jettison Rocket Boosters will detach, and later the main engine will cut off. The SLS rocket will go around the Earth, and then leave the planet’s orbit for the Moon.

Then, the Orion’s thrusters will push the capsule towards Earth’s only natural satellite, bringing it about 100km close to the Moon’s surface. During the mission, Orion will travel about 64,400km beyond the Moon and then back to Earth. The Orion will be carrying a simulated crew of one male and two female mannequins with sensors to measure radiation levels in the spacecraft.

How to watch Artemis I launch

The Artemis I launch window opens at 2:17 pm ET at the launch site, and viewers in India can tune in at 11:47pm IST. You can also watch the launch from the embedded player below.

You can also watch the Artemis I launch to the moon in 360-degree VR via Facebook, organised by Felix&Paul Studios. The VR stream will begin 90 minutes prior to the launch. The VR livestream will be hosted by retired astronauts Karen Nyberg and Doug Hurley on Meta’s Quest headsets.

What went wrong on August 29?

After the launch was halted on August 29, Rachel Kraft, communications specialist at NASA, said that the Artemis I launch director halted the launch attempt as the launch controllers were unable to maintain the ideal temperature for the RS-25 engines during the launch.

The SLS rocket was safe and stable when the Artemis I launch was halted, the space agency had stated at the time.

On September 3, NASA will begin the coverage of the Artemis I launch to the moon at 5:45am EDT (3:15pm IST) with tanking operations to load propellant into the SLS rocket.

At 12:15pm EDT (9:45pm IST), full lunar coverage will begin, covering the translunar injection and spacecraft separation. At 6pm EDT (September 4, 3:30am), NASA will hold a post-launch news conference after about an hour the launch coverage ends.