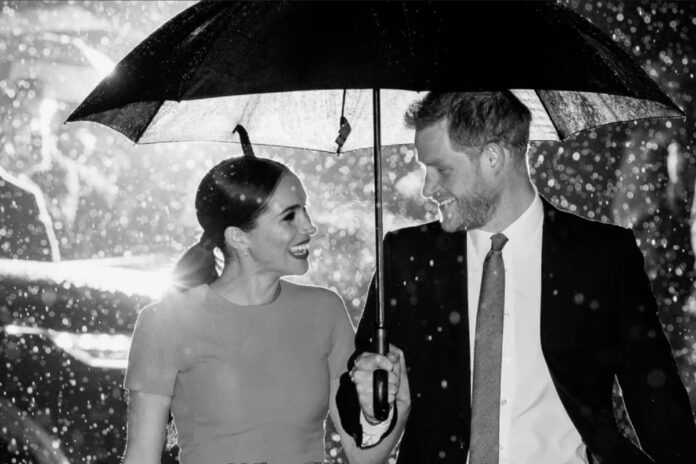 Netflix on Thursday unveiled a long-awaited trailer for a six-part docuseries in which Prince Harry and wife Meghan lift the lid on their lives in the royal family.

Omid Scobie, a close friend and biographer of the couple, tweeted that the series would be aired on December 8, adding it will share “the other side of their love story and the challenges they faced”.

If tomorrow is Prince William’s Super Bowl, then here’s your Halftime Show…@Netflix have released a first look at the Sussexes’ docuseries: Harry & Meghan. Out December 8, six episodes will share “the other side” of their love story and the challenges they faced. pic.twitter.com/jCXN3W2F1J

The announcement coincides with Prince Harry’s elder brother Prince William’s first trip to the United States as Prince of Wales and another race row within the family back home.

Prince William — the heir to the throne — has been forced to part ways with one of his godmothers after she used racially charged language to a black British woman at a palace reception on Tuesday.

Prince Harry and Meghan, a mixed-race former television actress, cited racism in the royal household as one of the reasons for their acrimonious departure almost three years ago.

Royal insiders described Prince William’s visit to Boston to present his annual climate change awards to innovators on Friday as his “Superbowl moment”.

But Scobie tweeted that “if tomorrow is Prince William’s Super Bowl, then here’s your Halftime Show” as he shared the trailer.

“With commentary from friends, family, and historians discussing the state of the British Commonwealth today (and the Royal Family’s relationship with the press), the Netflix series aims to ‘paint a picture of our world and how we treat each other’,” he added.

The family will be braced for more revelations from the docuseries and Prince Harry’s autobiography Spare, which is due out in January.

The minute-long trailer, posted on Twitter, features intimate photographs of the couple, interspersed with a clip of Prince Harry saying, “No one sees what’s going on behind closed doors” and images of Meghan wiping her eyes.