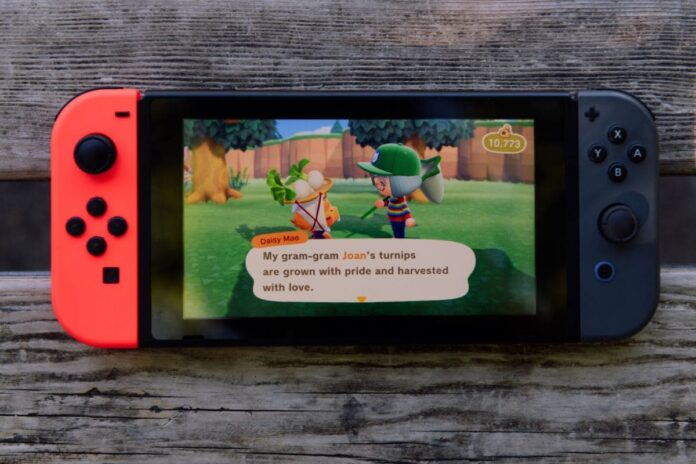 Nintendo raised its annual profit forecast by 18 percent on Tuesday as a softer yen helped the Japanese videogame maker offset slower-than-expected Switch console sales. The company, which earns about 80 percent of its revenues overseas, expects its net profit to come to JPY 400 billion (roughly Rs. 22,200 crore) for the year to March 2023, up from the previous forecast of JPY 340 billion (roughly Rs. 18,900 crore).

The new projection still falls short of the consensus forecast of a JPY 463 billion (roughly Rs. 25,800 crore) profit, based on a Refinitiv poll of 21 analysts.

The creator of such blockbuster titles as Super Mario Bros. and Legend of Zelda cut its Switch console sales forecast for the business year to 19 million units from 21 million.

Nintendo changed its assumption for the dollar-yen rate to 135 from 115 to reflect the sharp depreciation of the Japanese currency this year.

Nintendo sold 6.68 million units of its Switch console in the six months to September 30, down from 8.28 million a year earlier. The console is in its sixth year on the market.

The company said in September its latest “Splatoon” title, in which players engage in an inky turf battle, sold more than 3.45 million units in Japan in the three days following its September 9 launch, its highest-ever domestic launch sales.

Back in August, Nintendo announced that the company sold 23 percent fewer Switch consoles in the April-June quarter than a year earlier following chip shortages.

At the time, the Kyoto-based gaming company had said it expected procurement to improve “from late summer towards autumn” and maintained its forecast to sell 21 million units in the year through end-March 2023, a number it has now revised to 19 million units.