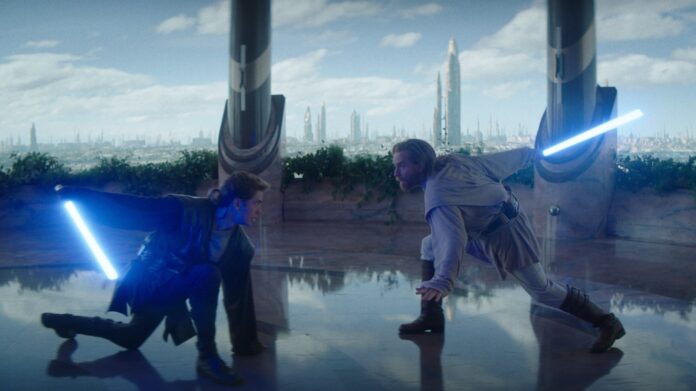 Obi-Wan Kenobi was always an idea looking for a story. After all, the third live-action Star Wars series — all six episodes are now available on Disney+ and Disney+ Hotstar — had to operate within a confined space. It couldn’t do anything drastic or toy with the canon, because its starting and end points were squeezed between already-established Star Wars story. Obi-Wan Kenobi is set 10 years after the climactic duel between the titular Jedi Master (Ewan McGregor) and his side-switching Padawan Anakin Skywalker (Hayden Christensen) on Episode III – Revenge of the Sith, and just nine years before a teenage Luke Skywalker (Mark Hamill) will become a galactic hero with guidance from Obi-Wan and blow up the Death Star on Episode IV – A New Hope. Push a degree too far, and you end up breaking the galaxy.

It didn’t help that Obi-Wan Kenobi actively mimicked beats, locations, and set pieces from other Star Wars movies, series, and even games. At this point, it feels like a foregone conclusion that every new Star Wars thing will riff on Episode V – The Empire Strikes Back. But Obi-Wan Kenobi even went into the sequel trilogy, including that last-ditch stand on Jabiim in “Part V” that felt like a much smaller version of the Battle of Crait from Episode VIII – The Last Jedi.

The confrontation between Obi-Wan and Vader on “Part III” is a poor imitation of the aforementioned Episode III sequence — it happens on a construction site?! — and it ends in an anti-climactic guided-by-plot-armour manner. The second duel on “Part VI” is arguably much better, from the emotion to the choreography of the scene, but it’s still limited by the fact that there’s zero stakes and it’s intercut with another zero-stakes scene in the hunt of a young Luke (Grant Feely). And “Part IV” took us to Fortress Inquisitorius, which was used for a much better mission on Star Wars Jedi: Fallen Order.

And then of course, there’s the central dynamic, one we’ve seen before in live-action Star Wars series. Like The Mandalorian — the only great Star Wars series so far — Obi-Wan Kenobi adopts the Lone Wolf and Cub approach, in a manner of speaking. Where Obi-Wan is to Din Djarin (Pedro Pascal), and young Leia Organa (Vivien Lyra Blair) is to Grogu/ Baby Yoda. Unlike the green alien, Leia isn’t an infant though. (She’s also not as meme-able.) In fact, she’s quite precocious for her age, helping out Obi-Wan and Co. from time to time. A talking flesh-and-blood human companion does set it apart from The Mandalorian — but the dynamic plays out in a similar fashion, in that the elder takes care of a youngling, and turns into a pseudo-father figure along the way.

Deborah Chow, who directed episodes of The Mandalorian season 1, was then a natural fit to direct a story like that. But unfortunately, she was working off some very uneven writing — by Joby Harold (King Arthur: Legend of the Sword) — across the six-episode limited series. Part of the problem is that Chow had to operate in the aforementioned zero-stakes environment. From the start of Obi-Wan Kenobi, we know that its biggest characters — Leia, Obi-Wan, and Vader — cannot be put into life-and-death situations. In fact, they can’t even lose any of their limbs or fingers, given we are fully aware of their future. Despite knowing that, Obi-Wan Kenobi “Part I” put Leia in that position. And it was utterly meaningless because there was no weight to it.

This isn’t true of everyone else though, but the Star Wars series failed to make most of its cast. Both Rupert Friend (Anatomy of a Scandal) and Sung Kang (Fast & Furious series) were wasted as the Grand Inquisitor and the Fifth Brother, respectively. I imagine many wouldn’t even recall the name of Kang’s character if I hadn’t put it there — such was his side-lining. While the Fifth Brother was relegated to sneering at Reva Sevander/ Third Sister (Moses Ingram) for her unchecked ambition, the Grand Inquisitor came across as a petulant micro-manager. And speaking of Reva, I could never take her seriously for her initial stated aim — to capture and kill Obi-Wan — is something we knew could never happen. Naturally then, Obi-Wan Kenobi kept getting in her way. And even after Reva revealed her true motives, Darth Vader survived because he had canon armour.

On the Light side of the supporting cast, Indira Varma made her Imperial officer turned spy character, Tala Durith, look better than she was written, thanks to her performance. The less said about the others, the better. Kumail Nanjiani — on the back of playing cosmic hero disguised as a Bollywood star in Eternals for the Marvel Cinematic Universe — got a glorified guest role that was stretched to justify his inclusion on the cast. Joel Edgerton was brought back to play Anakin Skywalker’s step-brother Owen Lars for “Part VI”. O’Shea Jackson Jr.’s Jedi-helper Kawlan Roken — another character name I had to look up — changed his decisions on the fly to suit the plot. And Maya Erskine was squeezed into a corner of the frame, in what I’m pretty sure was a role with a single line.

Elsewhere in Obi-Wan Kenobi, other characters are made to look stupid thanks to stupid writing. Because showrunner Harold and Co. needed Reva to find young Luke on Tatooine on “Part VI”, they wrote in two unbelievable acts on “Part V”. First, in a message to Obi-Wan, Leia’s adoptive father Bail Organa (Jimmy Smits) helpfully revealed everything that a child-hunting stranger would want to know, right down to where “the boy” is hidden. And then, Darth Vader, a guy who kills at the slightest provocation and had no problems slaughtering young children, left Reva — who tried to split him into two just minutes ago — alive at the end of “Part V”. And oh also, the hologram thingy that carried Bail’s message is conveniently dropped by Nanjiani’s character within crawling distance of Reva.

Even the title character had to suffer flippant decision making. When Obi-Wan was left burned and scarred at the end of “Part III” — the midway point of the series — I figured this would serve as an important stumbling block for the character on this journey. But in the opening moments of “Part IV”, he spent 10 minutes in a bacta tank and was completely healed. Wait, what? That’s because Obi-Wan Kenobi had no time for the character to have a journey. And hence, despite McGregor’s best efforts to imbue some depth to the role he reprised after a gap of nearly two decades, he couldn’t make him feel like a living breathing human. There wasn’t any room for that growth, of a disillusioned Jedi Master, who had pulled himself away from the Force, finding his way back to his old way of life.

Solo A Star Wars Story Review: Lots to Show, Nothing to Say

Instead, Obi-Wan found “his strength” — as Vader pointed out in “Part VI”, though omitting the crucial bit — seemingly out of nowhere. In “Part III”, Obi-Wan can scarcely hold his own against Vader. And by the time “Part VI” rolls around, which by the nature of the events seems like mere weeks if not days after, Obi-Wan is an Episode III – Revenge of the Sith-level Jedi Master again.

Some of this — especially Obi-Wan’s rushed arc — was due to the fact that Obi-Wan Kenobi was originally supposed to be a movie. But following the critical and commercial disaster that was Solo: A Star Wars Story, Disney and Lucasfilm put an end to anthology films. And hence, Obi-Wan Kenobi ended up as a miniseries. You can tell that as the new Star Wars series unfolds. It feels designed as a movie — where it would have arguably played better, what with Obi-Wan and Vader last being together on the big screen — that has been stretched into the lamentable X-hour movie-as-a-series approach. (There’s also the small matter of all the scripts being reportedly thrown out at one point. Obi-Wan Kenobi definitely has more cooks than required.)

The only thing that largely worked on Obi-Wan Kenobi was its use of Vader himself. Appropriately epic and menacing in his scenes, Christensen’s return as the Sith Lord may not have given him too much to do outside of the suit, but he — along with the beloved James Earl Jones as Darth Vader’s voice — did the best he could. In fact, his only (proper) scene in the flesh, as Anakin Skywalker, was the highlight of the Star Wars series for me. Sure, it didn’t exactly build on what we’ve known about Obi-Wan and Anakin’s dynamic, but it was executed nicely in how it played in parallel to the events of “Part V”. A practice duel between the two echoed its lessons over a decade into the future, with the Jedi Master noting a) you don’t need a weapon to fight and b) how Anakin’s desire to prove himself and be victorious blinds him.

Rogue One: A Star Wars Story Review: A Dark Addition to the Space Saga

Ultimately though, here’s the question I’m left with, after watching the series finale “Part VI”: What is the purpose of Obi-Wan Kenobi? Because let’s face it, Disney and Lucasfilm do not make anything these days that cannot be spun off into more stories. The aforementioned Solo was never supposed to be a one-off — and hence, that Darth Maul tease — and it was designed to lead into sequels with the new cast members. Heck, even Rogue One: A Star Wars Story didn’t end up being a one-off, despite everyone dying at the end of the movie. The next live-action Star Wars series, Andor, is a prequel TV show that continues the tale of more than one Rogue One character — including Diego Luna’s titular Rebel spy — and will run for more than one season.

But there’s no future to Obi-Wan Kenobi‘s two biggest names. We already know mostly everything about Obi-Wan and Vader, right down to how their stories end. Young Leia said it well on “Part VI”, it’s time for Obi-Wan to sleep. The third biggest name, Varma, died in “Part V”. Though if we have learned anything from Rogue One, then it’s that fan-favourite characters can always be given prequels of their own. Of course, what I’ve been purposely avoiding is Leia herself. Is the whole point of Obi-Wan Kenobi to leave room for adventures of young Leia? Or that rumoured Reva series? Because that would explain why she’s left alive in “Part V”. Or maybe that brother Obi-Wan mentioned in passing on “Part III”? I mean, Star Wars does love tying everything to family, as much as Fast & Furious.

Obi-Wan Kenobi was miles better than The Book of Boba Fett, a series that should never have existed to begin with. But it was also nowhere near as drilled, lean, and impactful as The Mandalorian. Star Wars has a serious problem with not letting the past lie — and it’s not like they are about to learn that lesson anytime soon. Following Andor that’s tied to a prequel which itself was a prequel, the next new live-action Star Wars series will be the Rosario Dawson-led Ahsoka. And Christensen is set to return as Vader once again on Ahsoka. Star Wars is in desperate need of new blood — give me more Taika Waititis, and that Rian Johnson trilogy (hopefully one day) — but it seems foolish to expect that Disney will just let billions in legacy merchandising opportunities go. May the toys be with you.

All six episodes of Obi-Wan Kenobi are streaming on Disney+ and Disney+ Hotstar. In India, Obi-Wan Kenobi is available in English, Hindi, Tamil, Telugu, and Malayalam.