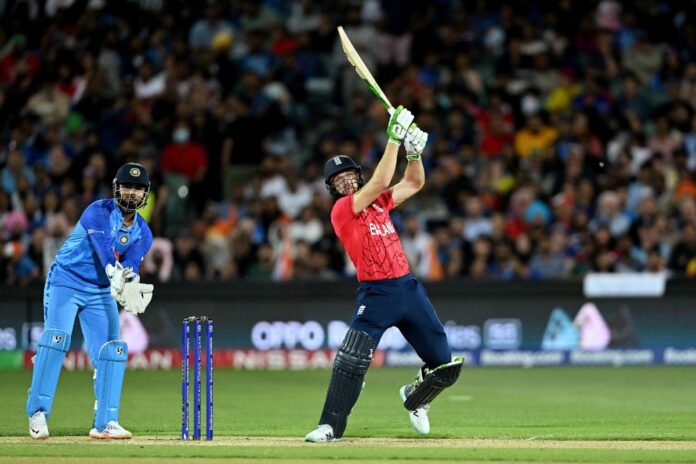 Pakistan and England are all set to clash against each other as they play to win the ICC T20 Men’s World Cup Finals on Sunday, November 13. While Pakistan defeated New Zealand in semifinals to reach the final lag, England registered their victory against India by 10 wickets. Both the teams qualified for semifinals after securing second spot in their respective groups. Pakistan’s journey to finals has been an interesting one as the team, led by Babar Azam, lost to India and Zimbabwe in the first two Super 12 matches. However, ever since, they have scored a win in every single match played.

England and Pakistan earlier played against each other in the T20 World Cup warm-up matches, where the former registered a clean victory with 6 wickets and 4 overs in hand. While both the teams ensure a nail-biting game on Sunday, given their strong teams and exemplary performance in the last few matches, rain might play a spoilsport for cricket fans in Melbourne.

Soon after the finals, the two teams will engage in three test matches, scheduled to be played between December 1 and December 21.

PAK vs ENG ICC T20 World Cup: What time is the Pakistan vs England T20 match?

The T20 World Cup Finals between Pakistan and Zimbabwe is scheduled for Sunday, November 13 from 1:30pm IST, at the Melbourne Cricket Ground, in Melbourne, Australia. As usual, the coin toss is scheduled for half an hour before the match, at 1pm IST in India/ 6:30pm ACT for Australia.

The Pakistan vs England T20 World Cup Finals will be live-streamed on Disney+ Hotstar.

Disney+ Hotstar Super Subscription costs Rs. 899 per year, with ad-supported content, up to 1080p resolution, and viewing access to two devices at a time.

Meanwhile, the Disney+ Hotstar Mobile subscription comes at Rs. 499 annually, with 1080p resolution and a limited viewing experience to only one mobile screen at a time.

On TV, the Pakistan vs England T20 match will broadcast on the Star Sports Network, including Star Sports 1 and Star Sports Select HD channels.