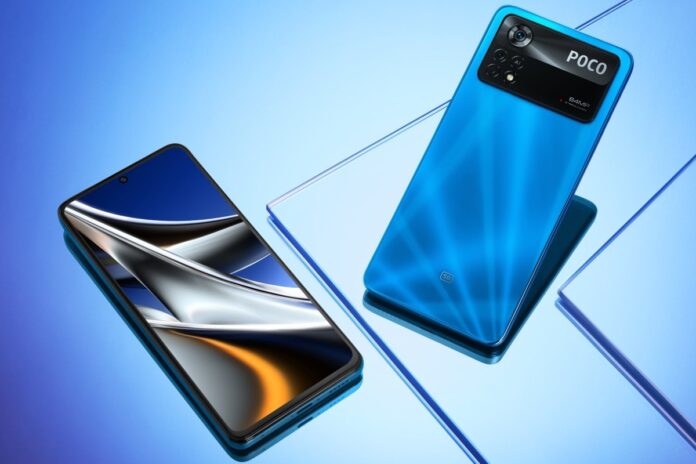 Content: Poco X5 5G launch in India and US markets is expected soon as the handset has reportedly received approval from the Bureau of India Standards (BIS) and Federal Communications Commission (FCC). The Poco X4 series made its debut earlier this year as the successor to Poco X3 series, through the launch of Poco X4 GT and Poco X4 Pro 5G models. However, the latest certification website database’s reported citing indicate that the Chinese smartphone manufacturer has already begun working its successor in the Poco X5 series which will feature the Poco X5 5G as its first model in the lineup.

Poco X5 5G has appeared on the BIS and FCC certification database websites with model numbers 22101320I and 22101320G, respectively, according to a report by MySmartPrice. The FCC spotting has also seemed to suggest certain specifications of the Poco X5 5G model in terms of software, battery, design, and connectivity. However, the BIS citing has not revealed any specifications of the device model number 33101320I, tipped to be the Indian variant of the Poco X5 5G smartphone.

In terms of software, the Poco X5 5G model may run on MIUI 14, the FCC listing indicated. Meanwhile, the device is hinted to sport a rectangular cutout to house its camera module. The Poco X5 5G model smartphone may support dual-band Wi-Fi connectivity while supporting 6 bands of 5G connectivity in the n5, n7, n38, n41, n77, and n78 bands. Furthermore, the smartphone is hinted to come packed with a 4900mAh battery backup, which could be marketed as a 5000mAh smartphone, according to the report.

Additional rumours around the Poco X5 5G smartphone suggest that the upcoming Poco handset may feature an IPS LCD panel display that could offer a 120Hz refresh rate. The smartphone has also been tipped to be powered by a Qualcomm Snapdragon 778G+ SoC.

POCO India’s chief Himanshu Tandon had recently taken to Twitter to squash claims that the upcoming Redmi Note 12 5G will launch in India as a rebranded POCO smartphone while also hinting at the launch of the rumoured Poco X5 5G smartphone in India.

Poco has however not made any official announcements about the Poco X5 5G smartphone as of yet.