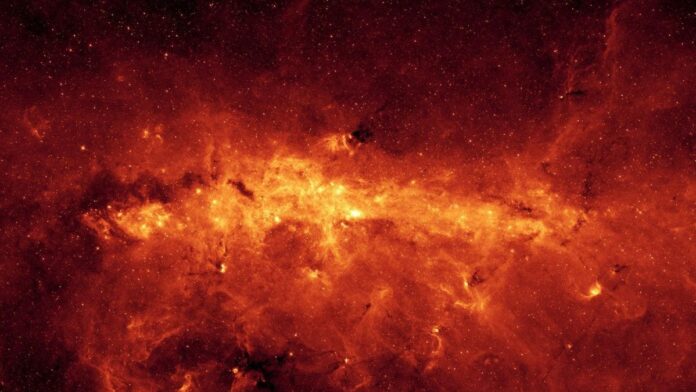 In the latest and fascinating find, astronomers have detected a rare kind of cosmic object in the Milky Way galaxy. The object named MAXI J1816-195 is found to be emanating X-ray light that was first detected on June 7. It was captured using the Monitor of All-sky X-ray Image (MAXI) of the Japanese Space Agency. The discovery was brought to light by astrophysicist Hitoshi Negoro of Nihon University, Japan, and his team. They wrote, in a notice posted to The Astronomer’s Telegram (ATel), that a previously uncatalogued X-ray source had been identified.

According to a pulsar database compiled by astronomer Alessandro Patruno, the object is located within 30,000 light-years and is believed to be an accreting X-ray millisecond pulsar.

They described its location to be in the galactic plane between the constellations of Serpens, Scutum, and Sagittarius. The object was observed flaring relatively brighter but the scientists could not identify it using the MAXI data.

However, later, an astrophysicist, Jamie Kennea, from the Pennsylvania State University and his colleagues used the Neil Gehrels Swift Observatory to observe the specified location of the object.

“This location does not lie at the location of any known catalogued X-ray source, therefore we agree that this is a new transient source MAXI J1816-195,” they wrote in ATel while confirming that the find was a new one.

The notice further read that archival observation made using Swift/XRT of the location in 2017 did not reveal any point source.

In a bid to shed more light on the discovery, astrophysicist Peter Bult of NASA’s Goddard Space Flight Center, observed it using the Neutron Star Interior Composition Explorer (NICER). “This detection shows that MAXI J1816-195 is a neutron star and a new accreting millisecond X-ray pulsar,” they wrote.

Following the discovery, further observations are being carried out and follow-up has been conducted using Swift. In addition, the Liverpool Telescope on the Canary Island of La Palma in Spain has also been roped in to spot an optical counterpart.