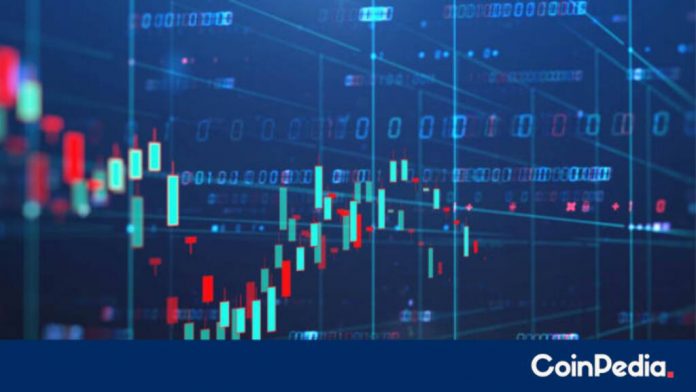 One cannot deny the fact that altcoins (Alternates of Bitcoin ) , stood out of the public talk in return. But among all these many altcoin it becomes quite tricky to figure out which one to choose . Cryptos Can make you a millionaire  only if they have real time use cases , making them more adoptive .

However, while crypto space undergoes short respite, a crypto proponent Bitboy listed out 5 potential crypto projects to buy in December. He appears to be pretty much convinced with projects such as Digibyte, Ripple ,Matic , and Mana.

Digibyte is a cryptocurrency focusing on security and speed. DGB Coin , a community driven platform uses around five algorithms like no other blockchain does .Optimistically there are three major reasons why one would be interested in getting it.

Surprisingly , DGB was not funded in Initial Coin offerings and neither has a parent Company nor a CEO . It is completely the community driven Platform making it completely Decentralized.

Strong fundamentals and Steady adoption are the factors fueling Matic price to $5 .Another reason for the bullish price action for Polygon has been increased interest from institutional investors. Several exchange-traded products (ETPs) for Polygon have been listed in recent months, including the Osprey Polygon Trust in September and the 21 Shares Polygon ETP in November.

Polygon is also included on the list of assets being explored by Grayscale Investments as a potential Trust candidate.

The emerging industry of metaverse has been trekking higher towards the summit. The projects catering to the sector have been proving time and again the potential the protocols hold. With bigger players entering the space, we can expect the industry booming leaps and bounds ahead of current levels.

Due to very high Gas Fees of Ethereum Blockchain  , More than 3000 video games are now on Polygon blockcahin, Hence the adoption was boosted.

According to substantial sources, Decentraland ranks the fourth position by popularity on Coin Market Cap for the month of November. This is in addition to the platform ranking under the top-15 NFT marketplaces by trading volume with 662 traders in the last 30 days. Not to miss out, Decentraland has also made it to the top-15 coins by trending search on Binanc+e as of 1st December 2021.

Collectively, Decentraland (MANA) has been a top-tier metaverse project. The protocol has been receiving tremendous acceptance and investments from traders and enthusiasts in the industry. We can expect a bullish move to greater highs this alt season, provided the circumstances favor the digital asset.

Ripple (XRP) was a close competitor of Ethereum in 2017. SEC’s lawsuit against XRP was a major setback for the price lag in recent times. Proponent Bitboy has shown his confidence toward the asset. He said the project is undervalued, and it would soon rise up to its real value as he is hopeful of clearance of prevailing lawsuits by early 2022. The altcoin holds a vast market cap of over $45 billion despite the heavy damage to its reputation. However, Ripple should be one of your profitable projects to watch out for in the near future.

But the fundamentals of the ripple stand strong , leading all investors to invest in , despite the SEC clashes with XRP.

Collectively among  all altcoins these are some of the  preferred ones  to trade for a long run. With immense real time applications the blockchains  sounding more intresting