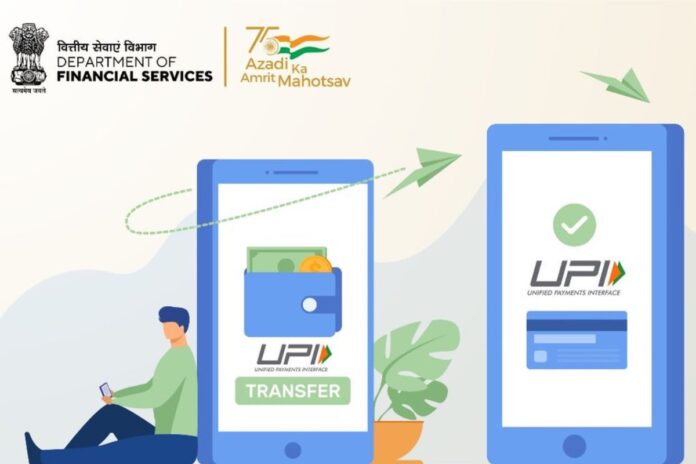 Payments through the Unified Payments Interface (UPI) touched a record high of Rs. 12.82 lakh crore in December. During the month, 782 crore transactions in volume terms were done on the platform, which was launched in 2016.

“UPI has made major contribution in ushering digital payment revolution in the country. In December 2022, UPI has crossed 7.82 billion transactions worth Rs. 12.82 trillion (Rs. 12.82 lakh crore),” the Department of Financial Services said in a tweet on Monday.

Payments through UPI had crossed the Rs. 12 lakh crore mark in October this year.

In November, as many as 730.9 crore transactions worth Rs. 11.90 lakh crore had taken place via UPI.

UPI is an instant real-time payment system which facilitates inter-bank peer-to-peer (P2P) transactions. The transaction is done through mobile in easy steps. Besides, there are no charges applicable for UPI transactions.

The inexpensive medium for cashless transactions has been gaining traction month-on-month and 381 banks are live on it.

“The main advantage of UPI is the convenience it brings with it. UPI allows money to be transferred between multiple accounts without needing separate profiles for each transaction, making it easy for the user to transact. Another reason is that UPI is a simple, fast and secure way of transaction. UPI has been a major tool in driving financial inclusion,” he said.

A few days back, Paytm also released its Recap report for 2022, calling Delhi-National Capital Region emerged as India’s digital payments capital. Meanwhile, Tamil Nadu’s Katpadi was claimed to be the fastest-growing city for digital payments with 7X growth in 2022. It was also noted that the maximum number of payments have been done at 7.23 pm with Wednesday emerging as the busiest day in the week for digital transactions.