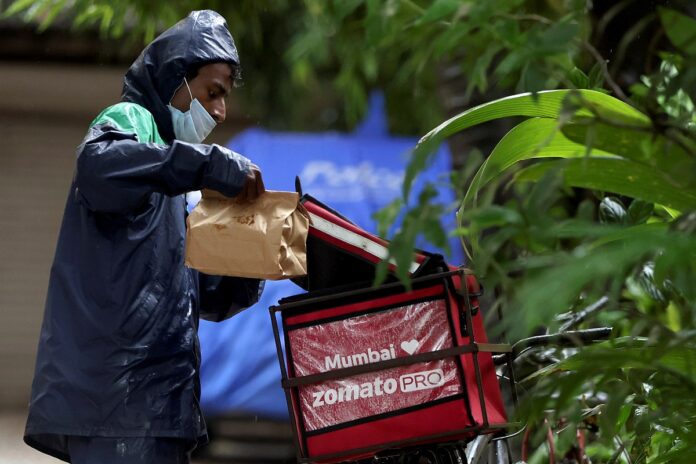 A delivery boy, who is claimed to be 7 years old, recently took up his father’s job as a Zomato delivery agent to support his family, according to a viral video shared by a Twitter user. In the video, the boy is seen telling the person filming that he attends his school in the morning, and works as a food delivery boy for Zomato after 6pm. The father was said to have met with an accident due to which the 7-year-old had to fill in his father’s shoes. Zomato Care, company’s official support page, also responded to the tweet.

Twitter user Rahul Mittal (@therahulmittal) recently shared a video of a young boy, who was working as a food delivery agent for Zomato. The name of the boy was not disclosed in the tweet or the video, which claims he is seven years old — the company later referred to the boy as a 14-year-old. The boy purportedly told Mittal that he is working in place of his father after he met with an accident. He further said that he even attends his school in the morning and works as a Zomato as a food delivery boy after 6pm.

This 7 year boy is doing his father job as his father met with an accident the boy go to school in the morning and after 6 he work as a delivery boy for @zomato we need to motivate the energy of this boy and help his father to get into feet #zomato pic.twitter.com/5KqBv6OVVG

In the video, the boy can be heard telling Mittal that he works till 11pm and cycles around to deliver the food. He can also be seen holding a half-empty box of chocolate and a bag on his back, presumably to carry the food for deliveries. Zomato care, company’s official support page, also replied asking for the details of boy’s father. The video garnered about 91,300 views since it was posted to Twitter.

A Zomato spokesperson told Gadgets 360, “We are thankful to the internet community for bringing this to our notice. There are multifold violations here — child labour and misrepresentation, and we’ve educated the family on these grounds while not taking any strict action on this, keeping in mind the situation the family is in.” The spokesperson also said that Zomato has also offered to support the education of the boy.

“The father onboarded on Zomato post his accident; therefore, the accidental support we offer to our active delivery partners cannot be extended to him. As an exception and on humanitarian grounds, our teams have extended whatever support was possible in the said situation,” the Zomato spokesperson added. While Mittal’s tweet claims that the boy was seven years old, Zomato’s statement suggested that he was a 14-year-old instead.