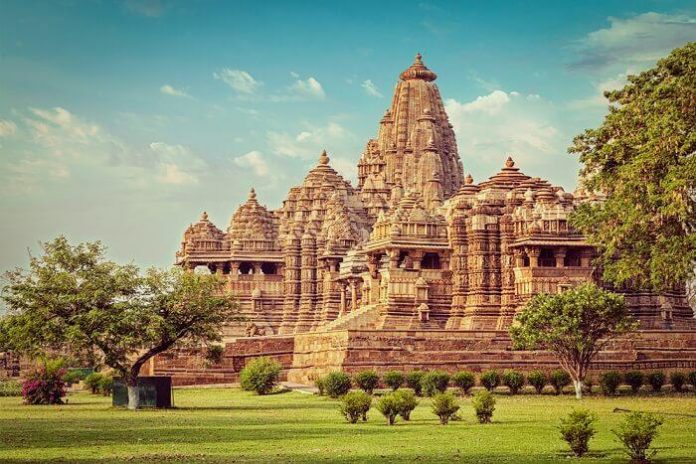 The god and goddess are worshiped all over India and across the country as well in different forms. Here are some of the popular and best temples of Shiva situated across in different states of India:

Amarnath is famous cave temple which is situated at an altitude of 3888 m in the peaks of Jammu and Kashmir. You can explore its major tourist places of Amarnath temple and they are naturally emerging ice lingam of Lord Shiva which is appeared once in a year only. The Amarnath pilgrimage or Amarnath Yatra is too laborious to visit there and to reach there you have to go through some of the rocky lands of Kashmiri peaks.

The popular temple of Kedarnath is situated on the Garhwal Himalayan Range of Uttarakhand close to Mandakini River. The beautiful shrine is well-thought-out one of the most revered Shiva Temples for Hindus all over the world. The stunning destination is situated the mountainous hills of Himalaya, this Shiva temple is reckoned amongst the four locations of Chardham Yatra of Uttarakhand plus Yamunotri, Gangotri and Badrinath.

According to Hindu faiths and values, the person who taken last breath here in Kashi Vishwanath, and then gets freedom from the phase of rebirth. The shrine of Kashi Vishwanath is situated in one of the ancient towns of India – Varanasi (Uttar Pradesh). The place of worship is reckoned amongst the twelve Jyotirlingas. The best time to visit this temple is on festival of Shiva Ratri.

According to Hindu legends, the striking temple of Vaidyanath is beautifully constructed on the destination where Ravana, the emperor of Lanka and an enthusiastic devotee of Shiva, given up his ten heads in an offer to give pleasure to the divinity. Delighted with Ravana’s dedication, the lord Shiva himself visited to Deoghar and then cured the detached head of Ravana as a doctor. Therefore, the temple’s name was replaced as Vaidyanath – Vaidya that means doctor and Nath indicates Lord. The temple is situated in Deoghar, Jharkhand.

The temple of Somnath is situated in the Prabhas Kshetra in close proximity to Veraval in Saurashtra is Gujarat. The great importance of this temple that enhances as one of the 12 Jyotirlinga shrines devoted to Lord Shiva. The temple has been damaged by foreign attackers for several times for its special arsenal of gems and jewelleries. The existing form of Somnath temple was rebuilt again in 1947.

This Shiva temple is situated in the eye-catching historical town of Ujjain in Madhya Pradesh, the Mahakaleshwar temple signifies the god Mahakal. Mahakal is believed as the Lord of demise with three Lokas – heaven, earth, and hades. The place signifies the violent shape of Lord Shiva; the place of worship is also incorporated in the list of 12 Jyotirlinga shrines of India.

The fantastic Omkareshwar temple is truly situated on an island which represents the form of sign Om. The temple is located in the Narmada River in Madhya Pradesh. The god Lord Omkareshwar is dedicated and worshipped mainly three times here such as the morning worship is held at the temple trust, at mid day the worship is applied by the priest of Scindia state and the evening one is done by the priest of the Holkar state.

Bhimashankar Temple is another famous Shiva temple which is situated in the town of Pune, Maharashtra. According to Hindu legends, to prevent the evil performance of an evil spirit who was named Tripurasur, the Lord Shiva and Goddess Parvati appeared as a new form known as Ardhanarishwara.

This temple is indicated to the example of Kalinga Architectural Style, the Lingaraj shrine is worshipped to Lord Harihara, and presents as a personification of Lord Shiva. The Lord Shiva is worshipped here as Tribhuvaneshwara and deity Parvati is worshipped as Bhubaneshwari.

Places to visit During Mahashivratri in India

Most popular Shiva Temples to visit During Shravan Masa

Places to See in Rajasthan in 3 days trips